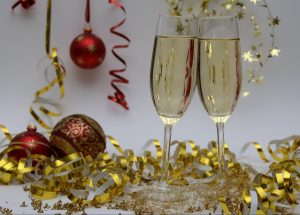 Each year on December 31 I tune in to “Dick Clark’s New Year’s Rockin’ Eve” to ring in the New Year. I know. I’m an exciting guy. I mean, there’s nothing better than watching Clark’s protege, Ryan Seacrest, make love to the camera with his painted-on grin, passing the mike occasionally to a semi-lucid Jenny McCarthy, who threatens to give everyone in Times Square whooping cough or some other vaccine-treatable infection.

It’s also a chance for me to see what – or who – I’ve missed in music during the past year and maybe give me a sneak peek into the next year.

This year’s telecast showed few surprises. Taylor Swift was everywhere, continuing to shed her country image as well as her clothes, and someone named Iggy apparently was really popular this year. I continue to be cautiously impressed with One Direction’s musical direction; for all the teeny-bopper pandering, their songs are pretty melodic. (Hmmm….new blog post…”The Melodic Sounds of One Direction”…)

We never know what to expect music-wise from a new year, although we can sometimes point to the New Releases schedule to see who’s due for a new album. Each year seems to bring its own flavor of the month, surprise smash hit, comeback album by someone, and new superstar. I have no idea who any of these will be, nor do I even want to attempt to predict, except I suspect Swift will continue to be more popular than Jesus (Yes, I went there).

I simply long for finding something new, something to write about. At times last year, I found my well dry; I was listening to nothing new; nothing short of Andrew Curry’s Here Comes the Reign Again caught my attention. I yearned for more ear candy.

Was it that bad of a year? No; as I’m recently finding out, 2014 had plenty of melodies, but I was in my own fog and wasn’t venturing out far enough from my comfort zone. I aim to change that in 2015 – at least I hope I can. You deserve it, and the hard-working indie artists deserve it too.

That’s what’s so amazing about music; you never know when you’ll hear the Next Big Thing for you.  I was introduced to the Innocence Mission in my friend’s dorm room. I heard about Toad the Wet Sprocket from a newspaper reporter. I found my first Candy Butchers album in a used CD bin.

I remember hearing Dexys Midnight Runners’ “Come On Eileen” in 1984 and being so enamored with the song that I swore that no melody would ever come close. Since then, I can count about 40 5-star songs in my collection that have been released. People are still writing miraculous music, and I still have hundreds of those songs to discover – maybe some this year.

In fact, I will make one prediction: this year we’ll all hear something that will make us cock our heads, smile, and ask, “Who is that?” And I can’t wait for that feeling to hit me.