Higher Than A Mountain: The Songs of Andy Gibb 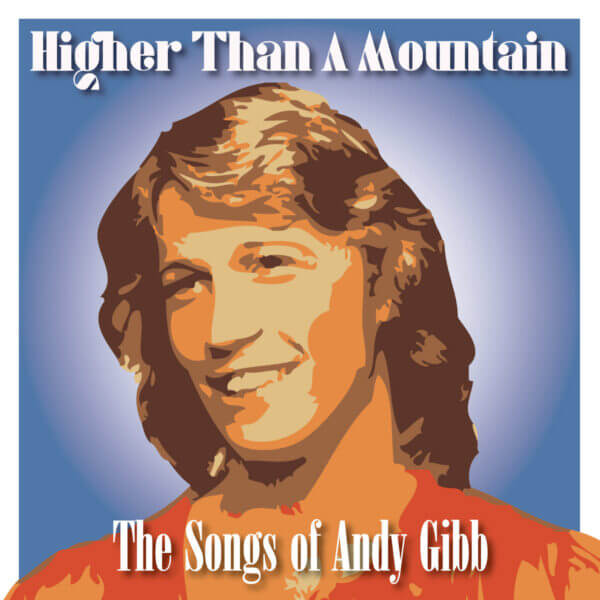 I hate the Bee Gees. Let’s just get that out of the way immediately. I know this goes against the current sentiment growing for the Brothers Gibb, what with the HBO documentary and the disco resurgence. Pop aficionados revere their early work as well, but I don’t hear it.

So I approach Andrew Curry’s latest project, Higher Than A Mountain: The Songs of Andy Gibb, with a bit of trepidation, not only because of my bias but because before listening, I knew only three Andy Gibb songs.

Little brother Andy Gibb appeared on the scene at the height of the Bee Gees’ popularity and took full advantage of it. In just over 1,000 days, he recorded three No. 1 hits and six top 10 singles before being banished to the top of the disco heap along with his brothers. He started launching a comeback in 1988 but died just days after his 30th birthday after years of drug abuse.

We Gibb haters are in for a shock, for the tribute Curry has put together highlights not the voice of Andy Gibb but the music that he and his brothers created. You may not like “Stayin’ Alive” or “Jive Talkin’,” but the brothers wrote their share of classics for other artists—”If I Can’t Have You,” “Woman in Love,” and “Islands in the Stream.” The Bee Gees, Barry Gibb and Andy wrote all the songs on this compilation, and the songs shine, given a new, updated polish and buff with interpretations from a host of talented indie pop artists.

Going back and listening to the younger Gibb’s songs, I feel that his voice is vastly underrated; in fact, he may have had the best voice of any of the four. He didn’t need to go falsetto; when he did, it seemed like he was copying his brothers and doing what seemed to work at the time. On Higher Than a Mountain, Greg Pope keeps the falsetto to a few lines on what may have been Gibb’s biggest hit, “I Just Want to Be Your Everything.” The rest of his interpretation stays true to the original with more pleasing background vocals.

Listeners will be pleased to hear the depth of quality in Gibb’s back catalog. Minky Starshine takes “Desire,” a forgotten top 5 hit, and slows it down so that you hear the more subtle chord changes that made it a hit. The Armoires turn “Words and Music,” Gibb’s first single, into an ear-pleasing, acoustic-tinged pop song. And the highlight of the album is Coke Belda’s impassioned take on “Me (Without You),” one of the rare misses for Gibb (It stalled at No. 40).

We are left only wondering what Gibb’s comeback would have been like, but all we have are three albums of material. Curry’s updated collection of his music will keep his legacy alive for another generation. And Gibb deserves that.

Buy Higher Than a Mountain: The Songs of Andy Gibb