Is Hip Hop More Influential than the Beatles? 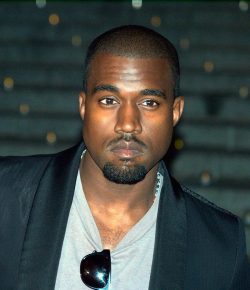 I was floored a few days ago by a headline I read at Digital Trends: “New Study: Hip-Hop, not Brit Rock, is the Most Influential Genre Since 1960.”

Could it be true? What kind of study was this? What were they smoking?

Researchers at the University of London and Imperial College used music recognition software to analyze changes in harmony, timbre, instruments and chords in a staggering 17,000 songs from the U.S. Billboard Hot 100 charts from 1960 to 2010.  Their purpose was to find out which genres had the most impact on popular music.

But they dismiss the Beatles and the British invasion as an “exploitation” of what was already going on in popular music. “While the British may have contributed to [the 1964 music] revolution, they could not have been entirely responsible for it,” the researchers claim. “They did exploit it and, to the degree that they were imitated by other artists, fanned its flames.”

This is pure conjecture on their part, Correlation does not equal causation, and they show no evidence that the Beatles or the Rolling Stones capitalized on anything. The Beatles did borrow from the girl groups of the early 1960s, but every movement has its ancestral origins. Tupac and Eminem wouldn’t have made it if it weren’t for Grandmaster Flash and Run-DMC.

I was pleased to know that one of the years, 1983, coincided with the beginning of my obsession with popular music (actually in 1982); I grew up during a part of an important musical movement that rivaled the Beatles’, and that movement, along with the Beatles, continues to influence my taste in music.

Rap is here to stay

I suddenly saw and had to admit — regardless of whether it was good or bad — the influence and staying power of rap. For some reason I have yet to figure out, this genre has staying power, and bands such as Public Enemy, Tupac, Eminem and the Beastie Boys are continuing to shape young people’s minds with their blathering and creating new artists who want to emulate their idols.

Now, you can be a good influence or a bad influence, and I’m not necessarily sure that 25 years of hip hop domination is a good thing for popular music. But it’s not going away. And as good as some power pop bands have been over the past 10 years, they continue to simmer underground, away from the spotlight. Of course, that’s what rap did in the early 80s, with only Run-DMC breaking through somewhat into the mainstream.

Then in 1991 — bam. It hit big-time. “I think that hip hop saved the charts,” said lead author Matthias Mauch. Even Paul McCartney has recognized this, latching on to Rihanna and — gasp! — Kanye West to score his first top 10 hit in 30 years with “FourFiveSeconds” (his last one was 1985’s insipid title track to the movie “Spies Like Us”).

2 thoughts on “Is Hip Hop More Influential than the Beatles?”