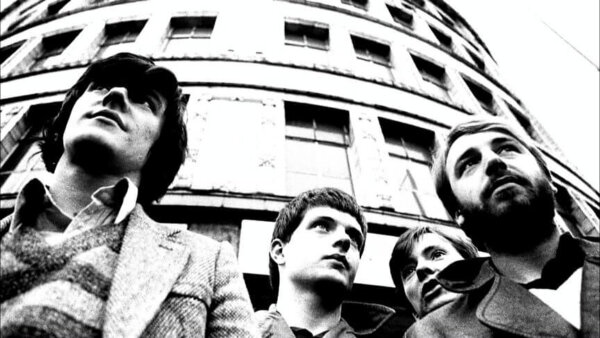 For the longest time, I couldn’t stand Joy Division. and I wondered why they were so revered. So I began a quest to find out the mystique behind a group that found themselves sandwiched between punk and new wae but still managed to carve out a new genre of music.

I watched several documentaries on YouTube about them (they even have a full-length biopic, Control) and read some biographical sketches, and I realized something quite profound: I think I could like almost anyone given a good enough story and a scintillating “Behind the Music”-like documentary.

This happened before with the Sex Pistols. I read England’s Dreaming: Anarchy, Sex Pistols, Punk Rock, and Beyond, and then watched a couple of 30-minute bios on YouTube. Then I listened to Never Mind the Bollocks, Here’s the Sex Pistols, the band’s first and only album, and I felt the energy and raw power in songs such as “God Save the Queen.” I got them. I even liked the music.

Joy Division seems to be similar. Lead singer Ian Curtis, like Sid Vicious of the Sex Pistols, was a character out of control, but in a totally different way. He was a tortured individual who was affected by epilepsy, drugs and marital problems. Video footage of his manic, wide-eyed flailing at the microphone, sweating and heavy eyelids fluttering, looks exhausted from all the demons haunting him. Joy Division’s stark, minimalist and industrial sound seems even more solemn when placed in the context of Curtis’ life and eventual suicide. It is the soundtrack of his life.

The band’s place in history as the creators of the post-punk movement also help solidify their place in history. As former manager Tony Wilson said in one of the documentaries I watched, “Punk used to say, ‘F*** off.’ Sooner or later, someone had to invent a way for it to say, ‘I’m f***ed.’ And that was Joy Division.” Listen to the Cure’s early albums and you’ll hear the sounds of Joy Division: doom and gloom, sparse and desolate. The Cure gave birth to The Jesus & Mary Chain, My Bloody Valentine, and 90s Britpop bands such as Radiohead, Suede and Blur.

So I appreciate Joy Division much more. I feel the pain and anguish that Curtis felt. I can’t stand his singing — he’s off-key in many songs —but you can listen to their music and hear a new sound emerging from them. After Curtis’s suicide in May 1980, the rest of the band reformed as New Order and influenced a generation of techno and electronic musicians. To pound their imprint on two genres of music is pretty impressive. And I’m impressed by Joy Division.