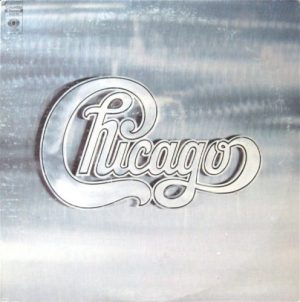 Case in point: Genesis. Genesis was the quintessential prog-rock band before Phil Collins took the reins from the headdress-wearing Peter Gabriel, lightened their sound and led them down the path of pop superstardom. They’re no longer known for “I Know What I Like (In Your Wardrobe),” but are now associated with “Invisible Touch” and “Throwing It All Away.”

The Jefferson Airplane was your run-of-the-mill psychedelic rock group of the 1960s; they then morphed into the classic rock group Jefferson Starship in the 1970s and then burst into the Top 40 in the late 80s as Starship, much to their original fans’ chagrin and embarrassment. “White Rabbit” was replaced by “We Built This City” as their most popular song.

Back to Chicago. The group began as an ensemble, playing pop music with a decidedly jazz and blues tint to it. With a horns and woodwinds section, they played such easygoing hits as “Does Anybody Really Know What Time It Is?” and “Colour My World” with an added layer of orchestration that made them sound somewhat nostalgic, and certainly an anomaly in the world of the Eagles and Three Dog Night.

People try to point the finger at lead singer Peter Cetera for the change – Didn’t he sing all those ballads in the 1980s? But in reality, Cetera was a founding member of Chicago Transit Authority, the original name for Chicago. Despite the horns, they were a pop group from the beginning, amassing 10 top 10 hits by 1975, and Cetera sang on many of them, including “25 or 6 to 4” and yes, the ballads “If You Leave Me Now” and “(I’ve Been) Searchin’ So Long.”

So something must have changed. It started in 1978 with the death of Terry Kath, one of the lead singers and the true heart of the band. With the loss of Kath, the band lost its way; Hot Streets, the band’s 12th album and first not to have the word “Chicago” in it and the first without the iconic logo on the cover, became the first Chicago LP since the debut release not to hit the Top 10.

Chicago 13 failed to hit the Top 20, and Chicago 14 made it only to No. 71. Chicago 15, a greatest hits package, barely cracked the Top 200 album chart. Their record company, Columbia, subsequently dropped them from the label.

So for Chicago 16, the band brought in slick producer David Foster, who had collaborated with such soft-rock giants as Celine Dion, Kenny G and Kenny Loggins. The band signed with Warner Bros., and Foster went to work, relegating the horn section to window dressing and bringing in synthesizers and session musicians. He penned the single “Hard to Say I’m Sorry” with Cetera, and with the transformation, the song hit No. 1. Foster and Cetera continued writing hits, including “Love Me Tomorrow” and “You’re the Inspiration.” Chicago was back.

But at what price? Gone were the horns; you could hear them every once in a while, but Chicago had turned into a soft, adult-contemporary group. Cetera left in 1985 to create his own Chicago-lite songs such as “The Glory of Love.”

The Beginning of the End

Bands like Chicago never age well. You can only write so many ballads, and people start to tire of them. You can’t go back to rock because people associate you with the ballads. And so it was with Chicago. As heavy metal grunge and then hip-hop took over modern pop music, the band disappeared from the charts. They managed to hit No. 1 in 1988 with “Look Away,” written by ballad-maker Diane Warren, who had written songs for Cher, Celine Dion and Michael Bolton. Their last Top 10 hit was in 1989 – “What Kind of Man Would I Be” – but this time the ballad was punctuated by the old sound of the horn section. Their last Hot 100 hit was 23 years ago, but they’ve still managed to hit the adult contemporary charts; just in 2019, their song “Sleigh Ride 2019” made it to No. 15.

So Chicago grows old with the rest of us. We still remember Kath and the horn section and the Chicago Transit Authority. And we’ll go see them perform at the local amphitheater and imbibe wine and cheese by candlelight as we listen to their old hits.