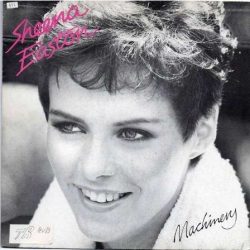 She was so cute. Standing at just over 5 feet tall, she had a sweet girl-next-door image, thanks to her bouncy hit “Morning Train (Nine To Five)” and her ballads “We’ve Got Tonight” (a duet with Kenny Rogers) and the theme to the James Bond Movie “For Your Eyes Only.” For some reason, she fared better in the U.S. than in her home region; she had eight Top 10 hits in America and only three in the U.K. 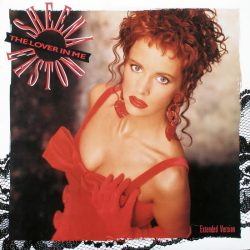 In 1984, we saw a very, um, different Sheena Easton. The cover for her album, A Private Heaven, featured her with longer hair, a bunch of black eyeliner framing a very suggestive look, and her legs spread wide. Her second single, “Sugar Walls,” was named one of the “Filthy Fifteen” by Tipper Gore in her crusade to have parental warning labels on records.

It’s not that the new Sheena wasn’t sexy. Oh, she was. But that’s not the way we adolescent boys saw her. We wondered what had happened to the innocent little Sheena we all knew and loved. Then we found out that the composer of the filthy “Sugar Walls” was none other than His Royal Badness, Prince.

As Salieri said in the movie Amadeus, “At that moment l knew, beyond any doubt … he’d had her. The creature had had my darling girl.”

Although according to Wikipedia, Easton has denied any involvement with Prince, I raised my eyebrows, especially after the 1987 duet “U Got the Look.” This was a new Sheena Easton, and I just didn’t like what she had become.

Easton continued with the suggestive look; after 1987’s “U Got the Look,” her follow-up hit in 1988, “The Lover in Me,” was a racy dance number with an even racier video. Both singles hit No. 2 on the Billboard charts, but after that — nada. Only two Top 40 singles followed, with no Top 10 hits. Was it because she changed her image? Nah, probably not — she made bazillions off of her collaboration with Prince. But my teenage crush on her was tainted, and I secretly hope that millions of other guys felt disappointed as well.