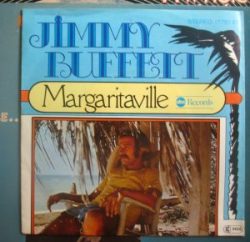 If choosing my favorite song weren’t hard enough, now I have to choose my least favorite. Do you know what a gargantuan task that is?

For every good song on my iPod, there are at least 50 bad ones wallowing in the muck of popular music. And we’re talking massively bad. Just think about it: All the novelty songs. Tween pinup stars. Most hip-hop songs. Nickelback. Where does one start?

So what should I choose? Some songs would top everyone’s lists (“Macarena,” “Achy Breaky Heart,” “Who Let the Dogs Out?”); I mean, everybody hates those songs. Syrupy ballads such as “Hello” and “My Heart Will Go On” are also a dime a dozen and are too easy to poke fun at. What I’m looking for are those hidden duds, the ones in which the minute you hear the opening notes, you dive from across the room in slow motion yelling “Nooooooo” in an attempt to change the station before your ears start bleeding. We’re talking songs that make you think, “My God! I thought that song had been exorcised from my mind, and now it’s back! Damn you!”

Of course, I can’t come up with just one. Frankly, it’s going to be hard to limit myself to 10. But here goes:

10. “Ice Ice Baby,” Vanilla Ice. I break my own rule right off the bat with a quasi-novelty song. But I have to believe there’s a special circle of hell for anyone who ruins Queen’s “Under Pressure” for an entire generation.

9. “Smooth,” Santana featuring Rob Thomas. Hmm. How does one pick one song to typify all that I hate about the grunge-lite yawpers who sound as if they took too much testosterone? Easy – find one of the worst examples (Matchbox 20’s Rob Thomas), combine it with an annoying guitar solo from a washed-up 70s star, and…yeah. We have a winner.

8. “Mmm, Mmm, Mmm, Mmm,” Crash Test Dummies. Luckily, you don’t hear this much on the radio anymore. But that voice…That awful, bass voice, sounding like one of the Wicked Witch’s foot soldiers…And the chorus – I mean, you couldn’t think of anything to say besides “Mmm”?

7. “She’s Like the Wind,” Patrick Swayze. God rest his soul, Patrick Swayze couldn’t act, but his singing was even worse. And it’s so easy to make fun of the lyrics – “Feel her breath in my face”? Does anyone think that’s sexy, especially when you’re comparing her to the wind?

6. “Come On Get Higher”/”You’re Beautiful.” Oh God. Don’t get me started on these two, which are so equally bad I couldn’t leave one out. A little part of me dies every time I hear Matt Nathanson’s tuneless chorus in which he rhymes “loosen my lips” and “swing of your hips.” James Blunt’s “Beautiful”  has already been panned as one of the worst songs ever. How many times does Blunt say the word “beautiful”? If I could make it through the song right now, I’d tell you. But I’d rather subject myself to counting the number of times Rebecca Black says “Friday.”

4. “My Humps,” Black Eyed Peas. Well this is a given, considering this entire blog is based on my hatred for this song. This really is the worst song ever, but there are others that I hate more. Like…

3. “Cotton Eye Joe,” Rednex. I have to hope that the Swedes did this with their tongues firmly planted in their cheeks, wondering if something so stupid could become a hit in the land of Bush. Combine two opposing genres – bluegrass and electronica – and you come up with a hot mess. But apparently, we aren’t as stupid as they thought – it only reached No. 20 on the Hot 100.

2. “God Bless the USA,” Lee Greenwood. This song is so manipulative, designed solely to evoke some swell of pride and patriotism as only country music can do, apparently. Why is that a bad thing? Because patriotism goes much deeper than that. He manages to touch everything that right-wingers love – God, soldiers, freedom, the flag – with the subtlety of an assault weapon.

1. “Margaritaville,” Jimmy Buffett. I will be disowned by several friends who consider this their anthem. Maybe it’s because I hate the whole tropical culture (I don’t like reggae either). But Buffett’s lackadaisical attitude, coupled with the annoying steel drums, predictable chord changes and simply awful lyrics (“Nibblin’ on sponge cake”? “Blew out my flip flop?”) renders a nauseous concoction that helps me turn the station. Oh, it’s also overplayed.