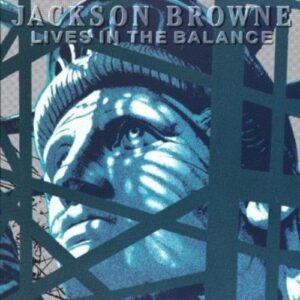 Like the name of his 1973 album, Jackson Browne is everyman, for everyman. He has been blessed with an earnest if not spectacular voice that makes you believe everything that he is singing about. His lyrics were often introspective, and he was the consummate singer-songwriter, penning such hits as “Doctor My Eyes” and “Running On Empty.”

Browne has always been somewhat of an activist. He performed for several fundraisers during California Governor Jerry Brown’s 1976 presidential campaign, and he helped organized concerts to raise money for Musicians United for Safe Energy in 1979. The lyrics for 1982’s “Lawyers in Love” were set to the tone of the Cold War.

By 1986, he was fed up with the Reagan Administration’s conservative agenda, more specifically, its policy in Central America. He was spurred into action by Steven Van Zandt’s “Voice of America.”

“It just stood me on my ear,” he said of Van Zandt’s album. “That was the encouragement.”

Jackson Browne began attending debates and lectures on the U.S. involvement in Nicaragua, even going down to the war-torn country a few times to see the state of affairs firsthand. and released a commentary on the state of affairs in 1986 with his album Lives in the Balance.

The problem was that we were six years into the Reagan presidency, and besides Van Zandt, countless artists, including Prince, Midnight Oil, John Fogerty, Don Henley, Sting, the Violent Femmes, Phish and Joni Mitchell, had already written songs protesting the actions and policies of the Reagan administration.

The result is a feeling of “Been there, done that” with Lives in the Balance. The lyrics to the opening track, “For America,” read like a manifesto:

As if loyalty was black and white
You hear people say it all the time:
“My country wrong or right”
I want to know what that’s got to do
With what it takes to find out what’s true

He continues the diatribe against Reagan on the title cut, where he sees a country “where a government lies to a people and a country is drifting to war.” On “Soldier of Plenty,” he laments, “This world is not your toy / This world is long on hunger / This world is short on joy.” Wow. Not the most uplifting song in the world, is it? He talks about the culture of violent crime in “Lawless Avenues.” You get the picture.

But on Lives in the Balance, Browne, who is a gifted writer of melodies and personal, heartfelt sentiments, seems to have spent all his work on his vitriol toward Reagan, leaving very little room for music. It seems an afterthought; on one song, he even resorts to reggae to fill in the accompaniment to his lyrics (“Till I Go Down”). It’s only on the single “In the Shape of a Heart” where we see the old Jackson Browne emerge. It’s about his relationship with his first wife, who died in 1976.

“It was a time I won’t forget / for the sorrow and regret,” he sings to a stark, melancholy arrangement that brings to mind a moodier version of his 1982 hit “Somebody’s Baby.” And when Jackson Browne sings it, you know he means every word.