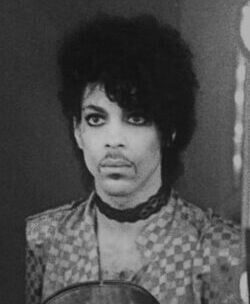 Some of you may have heard Martika’s 1991 song “Love… Thy Will Be Done.” Many of you, though, probably don’t know that Prince wrote most of it and gave it to Martika to record. The song reached No. 10 on the U.S. charts.

Martika did little to change the instrumentation of Prince’s demo, simply because it’s perfect: A pulsing bass line on the same note with a simple drum track, laced with synthesizers is all there is. As with songs such as “Sign O’ The Times” and “Kiss,” Prince is sometimes at his best when less is more.

Martika told Noise11.com that the words were based on a prayer she had written in a notebook. Prince asked to photocopy a few things and asked her to let him work with them. About a week later, he was done. “A fax came through with a song with a bunch of my lyrics with some of his lyrics,” she said. “The next day I received a cassette.”

The beauty in “Love… Thy Will Be Done” is the melody juxtaposed against the one-note bass. The bass line provides a constant, assuring foundation, and the rise and fall of the melody create chord progressions that aren’t really there. It’s instantly memorable.

The song doesn’t change much until about 2/3 of the way through, when it grows in intensity, with Prince adding multi-part harmonies at one point. It then settles back into the familiar bass line and simple melody.

A user on the Pop Justice forum has noted that Prince may have sampled part of “Love… Thy Will Be done” from the Cocteau Twins’ “Fifty-Fifty Clown.” A devoted fan of the Twins, Prince, according to the user, took the intro to the song, “sped it up so it’s in a different key, and the pad sound that comes in every two bars on the Martika track is very obviously the one from the Cocteau Twins track.” Whatever similarities are present are subtle; I hear more similarities between the bass and drum lines than I do a half-second synthesizer. As one other user said, “If only all ripoffs were so divine.”

Hearing Prince perform this is sad; not only does it showcase his talent (He gave away this song?), but his fragile, falsetto voice, sung in the same key is Martika, is a reminder of what a jewel we lost last year. Luckily, in 2019, Prince’s estate released his version on the Originals album so everyone could hear perfection in such a simple manner.