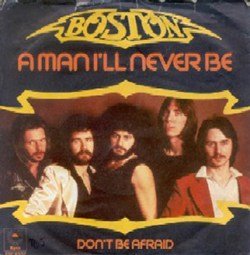 Whatever happened to the Power Ballad?

More than just a slow song, it was a way for the manly hard-rock hair bands of the 70s and 80s to show that they had a more sensitive side to their pounding, screeching anthems, a way to woo screaming teenage girls (making each girl think that the group was singing to her, mind you!), and a way to “branch out” musically, often by adding a non-masculine instrument such as a piano or – gasp! – even an orchestra. (“Beth” by KISS comes to mind – It was the only KISS record my parents let me buy, only because I convinced them that it had a piano and violins in it. Little did they know that “Detroit Rock City” was the flip side. Heh, heh.)

This strategy worked not only for the band, but also for teenaged boys, who could buy Journey’s Escape and drive around to “Don’t Stop Believin'” and “Stone in Love”, while calling up the local radio station and dedicating “Open Arms” to their girlfriends, who would melt into tears at the opening notes. Dance floors and roller skating rinks were packed with couples holding hands and sloppily making out to Survivor’s “The Search is Over,” and it instantly became “our song” for many of those couples. The boys showed their girls that they had a soft side, and they still got to hear their favorite band. God help them if they had to slow dance to Air Supply or Anne Murray.

Which brings me to Boston’s “A Man I’ll Never Be.” Granted, it isn’t the best song title for an adolescent boy trying to grow up too quickly. But this song from Boston’s 1978 album Don’t Look Back had everything a boy needed to score with a girl – piano, pleasing harmonies, a cool guitar riff, and a soaring climax (no pun intended). It’s the perfect power ballad and the quintessential Boston record.

Boston is still a staple of AOR radio — “More than a Feeling” is dangerously close to “Stairway to Heaven” as the most overplayed 70s song of all time, and during the week you can hear almost every track from their self-titled debut album. But nowadays bands such as Boston are relegated to reunion tours and summer concert series. Today’s world of hip-hop, post-grunge and teenybopper groups have no place for the testosterone-laden choruses of hard rock.

Boston is a guilty pleasure for me. Their CDs look out of place in my collection, nestled between releases by 90s folkster Luka Bloom and pop producer Jon Brion. I like to think that their attention to detail — multilayered tracks mixed in Tom Scholz’s basement, eight years of work between albums 2 and 3 — makes them somewhat different than the other classic rock groups of their generation.

A Man I’ll Never Be

“A Man I’ll Never Be” isn’t even one of Boston’s major hits, but it’s one of their most impressive. It begins with a piano and lead singer Brad Delp’s unmistakable voice. Brad Delp could have sung a Rick Astley song and made it sound good. It’s pretty much a solo effort until the refrain and chorus, when the drums and trademark Tom Scholz guitar brand it as a Power Ballad. Delp joins himself in the chorus, adding harmonies on another track, and as the voices soar into falsetto, boy and girl have bared their souls; Delp is speaking for them as they inch closer and closer.

The second time around, the chorus packs even more power – boy and girl are in a powerful embrace, lips locked – while the lyrics (Who’s listening to lyrics at this point?) explain that “Emotions can’t be satisfied.”

Okay, I never said the lyrics were thought-provoking.

Enter the signature guitar solo, reaching to a high point before settling into Verse three, somewhat calmer, but here we go again, peaking to yet another climax (pun intended) for another go at the chorus until a soft, soothing piano closes it out.

What makes the Power Ballad so successful — especially to the adolescents of the 80s — is that it was made for one purpose only: making out. Six minutes of making out. There were no political overtones, no musical influences to listen for. And while the Power Ballad did not peak in popularity until the mid-1980s, Boston gave it a proper debut in 1978.

“A Man I’ll Never Be” and the rest from Boston’s first three releases have survived the monthly purging of my record collection; sadly, Survivor has not.