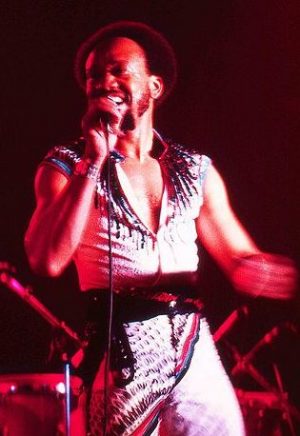 January was a cruel month for pop music fans, as we lost Natalie Cole, David Bowie and Glenn Frey. February isn’t starting out well either. Soon my blog will just be a series of eulogies for fallen rock idols.

Maurice White, one of the lead singers and producers of the 70s R&B group Earth, Wind & Fire, passed away Thursday at the age of 74. He was an integral part of a group that transcended race; I grew up in the whitest area of Georgia, and it was difficult to find R&B music on the radio during the 1970s. The Jackson Five, The Sylvers and Earth, Wind, & Fire was pretty much it. No Shalamar, no Rufus and Chaka Khan, not even any Sly and the Family Stone.

Earth, Wind & Fire’s polished, sing-along sound yielded such crossover hits as “September,” “After the Love Is Gone,” and “Let’s Groove.” White’s baritone voice was the perfect complement to Philip Bailey’s high falsetto, and the group blended elements of funk, jazz, R&B and, yes, pop into their music.

The result? Seven top 10 hits and the familiar red cover of The Best of Earth, Wind & Fire Vol. 1,  which made it to number 6 on the charts and whose grooves on the record player got worn down by my friend Mark Dotson and me playing it over and over, matching Bailey’s falsetto with our own pre-pubescent soprano voices. It was easy to sing to, innocuous, and pleasing to the ear.

We were white people listening to black music at the age of 10 in rural north Georgia. And when Michael Jackson blasted through the pop world, we were ready for it, devouring music from Shalamar, Kool & the Gang, Prince, New Edition, Debarge, and Chaka Khan. I point it all back to Earth, Wind & Fire, whose sounds reached across the racial divide and lit up the musical part of a young boy’s brain.

I still play “September” and try to match Bailey’s voice with my own falsetto. I still have a place in my heart for funk, and I will always remember Maurice White, balding but still sporting the Afro, singing his hits songs for all the world to hear.