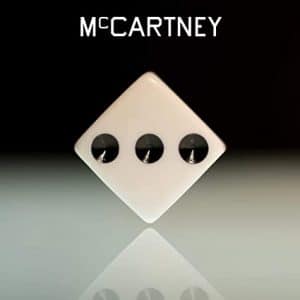 When the Beatles were on the verge of breaking up, Paul McCartney retreated to his home in Scotland, where he became mired in depression, wondering what he was going to do next. Staying on the farm was therapy, for the home life was a welcome refuge from the business dealings and feuding among the Fab Four.

The resulting solo album, titled McCartney, detailed the simpler life of living at home and was basically a set of home demos. It contained the unforgettable track “Maybe I’m Amazed,” but was panned by critics at the time.

Ten years later, his band Wings broke up, and his therapy worked again, with McCartney II hitting the shelves in 1980. Critics panned the synth-laden sounds as well.

Fast forward 40 years, and the 78-year-old McCartney found himself finding refuge in his home again, this time in a lockdown caused by COVID-19. The resulting album, McCartney III, is the third in self-performed, self-produced releases by the former Beatle. It shows that he has matured beyond the memorable melody, focusing more on orchestration and textures than songwriting. It’s the ultimate in tinkering and experimentation.

The songs on the album sound as if he has become some sort of Picasso and moved away from his simple, traditional modes of songwriting we found in “Another Day” and “Band on the Run.” Whether that’s a good thing is open for debate, but the elder McCartney is showing us that his focus is on creating moods instead of melodies.

Take the opening track, “Long Tailed Winter Bird,” which consists of a wonderfully played guitar riff that plays over and over, broken occasionally by McCartney’s vocals. The musicianship on this song is crafted well, but there’s no melody, nothing you can hum later. It’s a lot like his last release, Egypt Station, which was supposedly radio-friendly but had very few McCartney moments.

The same goes for “Deep Deep Feeling” and “Deep Down,” which ramble on for eight minutes and six minutes, respectively. Some interesting things are happening instrumentally, but again, there’s just nothing to whistle, nothing McCartneyesque about them. They’re almost sound collages.

His blues-tinged rocker “Lavatory Lil” is clearly a nod to “Polythene Pam” and “She Came in Through the Bathroom Window” but sounds nothing like them. “Slidin'” follows “Lavatory Lil”‘s lead. It’s almost hard rock, with a fuzzy guitar lick and not much to say in the lyrics.

Some acoustic ditties find their way onto McCartney III. “Pretty Boys” is one of the highlights of the album, a song in which McCartney decries the way and which photographers treated him and his bandmates as “objects of desire.” “The Kiss of Venus” is charming but forgettable, a song in which McCartney tries to sing in falsetto, but age has affected his voice, and it sounds weak. He needs to embrace the rich baritone voice he has found with getting older, as he does with songs such as “Seize the Day” and “Find My Way.”

McCartney’s at his best when he just lets his melodic tendencies loose, as exhibited on the last cut of the album, “Winter Birds / When Winter Comes.” Like a reprise, he repeats the impressive guitar riff from the opener, “Long Tailed Winter Bird” and then segues into an acoustic tune about home life. “Must fix the fence by the acre plot / Two young foxes have been nosing around.” He looks forward to the lockdown: “When winter comes and food is scarce / We’ll warm our toes to stay indoors.” It’s a lovely number until you realize that it was written in 1997 and produced by George Martin as part of the Flaming Pie sessions.

Unlike the first two self-titled albums, McCartney III is not in response to any demise; it’s just Paul cooped up in his home with nothing to do. But it’s as if he’s no longer concerned with impressing us with his Beatlesque music. He’s evolved into something else, and I believe he’s still trying to figure out what that is.