Have Yourself a Merry Little Christmas 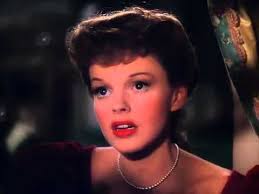 Christmas classics are hard to catch hold. If the song is not a hymn (“Silent Night,” “Joy to the World”), associated with a Christmas movie or special (“Frosty the Snowman,” “White Christmas”) or have sleigh bells or chimes featured heavily (“All I Want for Christmas Is You,” “Jingle Bell Rock”), it’s almost impossible to catch on. (I wrote a post about modern Christmas classics – those few that have seemed to have made it into the Christmas Zeitgeist – a few years back.)

“Have Yourself a Merry Little Christmas” has fought through all those requirements to become a beloved Christmas classic. A song from the 1944 film “Meet Me in St. Louis,” it’s wistful but charming, a quiet, modern piece that isn’t religious but doesn’t smack of commercialism. It’s the kind of song you want to listen to while huddled up by a fire, reading a book or opening presents.

The song almost didn’t make it to our ears. Writer Hugh Martin was stuck on the first 14 bars and couldn’t find a bridge, so he threw it away. His songwriting partner, Ralph Blane, told him it was too good to trash and encouraged him to stick with it, and after digging around in the trash can for the music, he resurrected the tune, finally found the bridge, and completed the song.

Reaction from the cast and producers was universally negative; it sounded too sad, almost morbid. They wanted something more upbeat, which ironically, Martin recounted, would “make [the scene] even sadder if she’s smiling through her tears.” So he rewrote the lyrics to the ones we know now, although he did leave in one somber line, “Until then, we’ll have to muddle through somehow.”

It took Frank Sinatra to get that final line changed; he wanted to record the song for his 1957 album A Jolly Christmas and asked Martin to “jolly it up a bit.” He changed the “muddling” line to “Hang a shining star upon the highest bough” for Sinatra, and that’s the version that most people hear today.

Hundreds have recorded this song – some try to jazz it up, make it acoustic – even Twisted Sister attempted a version. And it still hides behind Frosty, “Deck the Halls” and “Sleigh Bells” in terms of popularity. My favorite versions are simplistic, with just a piano and maybe some strings, staying true to the movie version. I’d rather have it that way; it was just perfect the first time around.

3 thoughts on “Have Yourself a Merry Little Christmas”