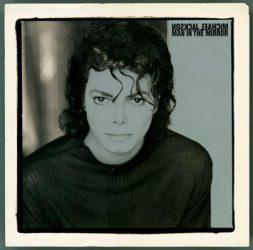 When I heard of Michael Jackson’s death, I can’t say I was surprised. After all, several months earlier, a tabloid had reported that he was near death from some rare, strange lung disease. It was always something new with Jackson.

But over the last week, something has been bugging me. I have gone on a musical pilgrimage, combing through his catalog and trying to figure out what happened after Thriller. Why wasn’t he as successful, and why did my interest in his music wane?

Jackson had died long ago for me, his persona having morphed into a literal skeleton of his former self. The Michael Jackson I knew was the superstar of Thriller and Bad. But after those two albums, something snapped.

With Thriller, he became something more than human (I’ve blogged on my love of Thriller before). His songs and dance moves were like nothing we had heard or seen before — especially to a white teenager growing up in north Georgia. It was new to MTV, too, and his videos broke a silent racial barrier that existed at the network.

My friends and I stayed up late on Saturday nights to catch the latest Michael Jackson video. We tried to moonwalk. We risked daily beatings in high school by wearing parachute pants and jackets with lots of zippers.

While my enthusiasm for Michael Jackson the person quickly turned from hero worship to freak avoidance with each bizarre story, I always wondered if and when he would release another Thriller and regain the magic that seemed to envelop him during the early 1980s.

That never happened. 1987’s Bad was simply a Xerox copy of Thriller, seemingly the same, yet somewhat faded and inferior. The day it was released, I made my mother drive 35 miles to the sprawling metropolis of Hendersonville, N.C. so I could buy Bad. But it was clear that he was trying to duplicate Thriller:

It was calculated, almost manufactured. And it was disappointing.

I waited four years for a chance for the magic to happen again. But 1991’s Dangerous was just awful. At first, I was excited: “Black or White,” the first single from the new album, was melodic, had a catchy chorus and a really cool video. But again, the album felt forced and, for the first time, behind the times. Michael used to be ground-breaking; but in 1991, with grunge and hip-hop taking center stage in pop music, his high-pitched moans and syrupy ballads sounded old.

Most songs on Dangerous carried the heavy, staccato beat we heard in Janet’s Rhythm Nation 1814, and Michael was layered in the background, limited to his trademark yips and yelps. “Remember the Time,” while harmless, was yet another rewrite of his early hit “Rock With You,”; “Heal the World,” supposedly his favorite song, was a sappy rewrite of “We are the World” that somehow made the former song sound good.

Enter the child molestation allegations. His answer, the second disc to his 1995 HIStory compilation, was an angry swipe at the media and his accusers, but it followed the same formula: tired hip-hop beats mixed with sentimental ballads. “Scream,” his duet with Janet, was a definite highlight, but it suddenly seemed as if Michael needed Janet to sustain his career. “You Are Not Alone,” despite its worldwide success, sounded like a Celine Dion B-side. And “Have You Seen My Childhood?” was well, just creepy.

I must confess that before this week, I had not heard much of 2001’s Invincible apart from the single “You Rock My World.” But after reading Mike Heyliger’s retrospective on the album on Popdose, I decided to give it another chance. And there were a few surprises. I was encouraged by the return of melody to Michael’s songs. There were no classics, but the ballads were less sappy and the grooves more smooth. It was still mediocre, but listenable nonetheless.

Waiting for Lightning to Strike

In spite of the disappointments and bizarre behavior — in spite of the molestation charges, plastic surgery, “marriages,” etc. — it was fascinating to see what would happen next. You always wondered if he still had another hit single or monster album, or whether he would continue to slide into bizarro world.

Jackson kept his star status with his off-stage antics, and his albums would have sold no matter what. But he didn’t seem to break new ground as he did with Off the Wall and Thriller, infusing rock ‘n’ roll into his music while keeping the nostalgia of 1970s R&B.

Instead, his music just wasn’t likable anymore. He jumped on the hip-hop bandwagon (at least he didn’t do a rap album), making his music harder-edged while sacrificing the music. His ballads lacked muscle, which only magnified his feminine image. But we all know that 20 years from now, we’ll still be singing “Billie Jean” and not “Blood on the Dance Floor.”