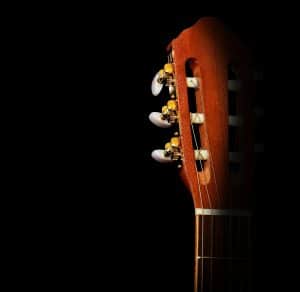 In the movie “Amadeus,” Antonio Saleri describes the first time he saw a pice of Mozart’s music:

“On the page it looked – nothing. The beginning simple, almost comic,” he says, as the music begins slowly in the background. “Just a pulse – bassoons and basset horns – like a rusty squeezebox. Then suddenly – high above it – an oboe,” he exclaims, and you hear the oboe’s glorious entrance as if on cue – “a single note, hanging there unwavering, till a clarinet took over and sweetened it into a phrase of such delight.

“This was no composition by a performing monkey,” he says, referring to Mozart’s early years performing blindfolded for various royalty. “This was a music I’d never heard. Filled with such longing, such unfulfillable longing, it had me trembling. It seemed to me that I was hearing the very voice of God.”

Yes, it’s fiction. But it describes the opening of Mozart’s Serenade for Winds so perfectly. (And F. Murray Abraham, in my opinion, won his Best Actor Oscar with this short scene.) That one paragraph of dialogue is testimony to Mozart’s uncanny ability to take a simple phrase, build on it, and use instruments with such forethought. You hear everything that Salieri describes, and when the oboe joins the piece, you do hear a heavenly sound similar to a soprano singing sweetly. It’s a magnificent moment.

Mozart is simply one of thousands, maybe millions who have the power to reach us emotionally through music. For some, it may be Chopin; for others, it may be Billie Holliday, the Carpenters, U2 or an obscure indie artist. It may be a flamenco guitarist or a South African choir. Each musician speaks to us in some way; how strongly we react to it is the measure of our love for that particular song.

The English composer Frederick Delius said, “Music is an outburst of the soul.” We forget that for some, it’s not as easy as it was for Mozart. Each piece is a work of art, and the composer may labor for days, weeks or months to leave his or her exact thumbprint on it, telling us, “This is me. This is who I am and how I’m feeling.” It’s an extremely personal task, writing music. So many nuances can affect it: tempo, chords, dynamics, melody and harmony, instrumentation and structure. Change one aspect, and you get a different song, or a different feeling.

For instance, at the end of Maria McKee’s “I’m Awake,” the chord structure alternates between minor and major keys each measure – every four beats. The result is almost bipolar, with your mood changing each measure from melancholy to joy, until the song ends on a major chord, and the smile wins out.

That’s what’s amazing about music: we can empathize with the feeling that the songwriter is trying to express. Whatever it is the composer is trying to say, we get it. So many songs have moved me to tears, or made me smile with a wondrous satisfaction. I can find a song that fits any mood that crosses my mind and heart; it’s this ability of music to reach into our souls, find a common thread, and elicit that same feeling that makes it special.

Even the most tone-deaf person can name a song that makes them happy, or play a song when they’re down in the dumps. It doesn’t matter whether you know music theory or have an extensive background in Western music. One study of a tribe in Cameroon showed that even with no exposure to Western music, the members of the tribe were able to associate happiness with major keys, and fear with minor keys.

Music is universal, and yes, music matters. It’s a way we can communicate when words simply fail us. We write music as an outlet for our feelings, and we listen to music for the same reason. Music makes us feel alive – no other species can react to the music the way we do, and no matter what the feeling is – laughter, depression, lyrics that make us think – it’s a part of being alive and human. And what a joy it is to experience it.

2 thoughts on “Why Music Matters”