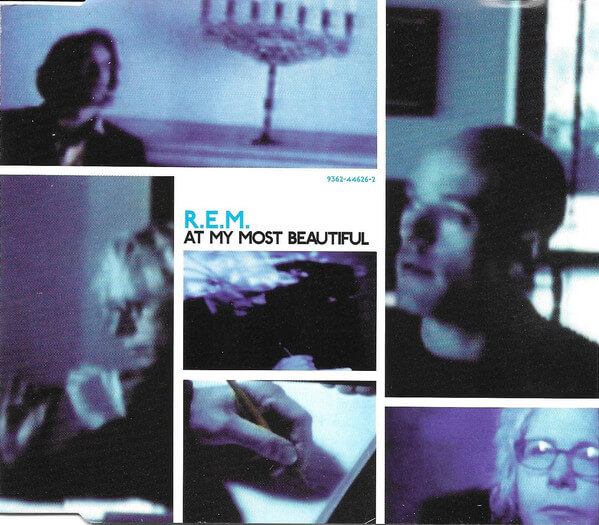 Why do my favorite bands always manage to anger me?

It seems to happen a lot:

The same thing happened with R.E.M. in 1998 when they released Up — their first album without drummer Bill Berry. I had already read from reviews that the album was…well, different – sparse, electronic and just plain weird.

Okay, I should clarify myself here. I do not condemn an artist simply because they decide to change their sound. I appreciated Peter Gabriel’s world music on Passion. I didn’t mind Suzanne Vega’s industrial sound on 99.9 F°.

But some bands (e.g., R.E.M.) just aren’t allowed to drift too far away. I could allow a certain amount of exploration, but throughout the 1980s and early 1990s, R.E.M.’s consistent sound had been a source of stability and assurance.

Take Coca-Cola. When Coke changed its formula back in the 80s, people revolted, even though taste tests proved that New Coke was better. R.E.M. was my Coke Classic, and from the minute I put Up in my CD player, I didn’t like the new formula:

I was losing hope. I felt like a fool for wasting my money on this CD. R.E.M. had obviously gone off the deep end.

‘At My Most Beautiful’ Saves the Day

And then, there it was – still different from the old jangle-pop of the 80s, but a return to normalcy from the cacophony of the previous songs.

“At My Most Beautiful” began with a piano playing chords in a high register – somewhat melancholy and bittersweet, until it changed keys and joined an organ, snare drum and bass harmonica in a joyous, naive expression never heard on an R.E.M. song. Michael Stipe’s lyrics bordered on cheesy with his confession of love (bordering on obsession), but it didn’t matter.

It got better. Toward the end of the second verse, the intro returned, only this time it was accompanied by the band members chanting doo-wahs in multi-part harmonies that evoked the spirit of the Beach Boys. Ohmygod. It was such a sweet, syrupy sound – some probably think it was too bubblegum – but it was music, a melody that has not grown tiresome in five years. And as the harmonies fed into the chorus, with Michael Stipe singing, “I’ve found a way to make you smile,” I obliged.

I’m growing to like Up more as the years pass. The Casio keyboard still makes me cringe, and I think it pales in quality to their earlier works. But “At My Most Beautiful” was indeed R.E.M. at its most beautiful, and it has made me realize that change isn’t always a bad thing.