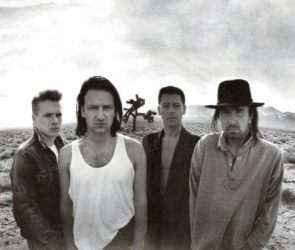 That being said, I’ll go ahead and list my top 10 U2 songs anyway. And with me, It’s even worse: I’m a fan of their classic sound: Soaring anthems with the signature Edge guitar, circa 1985-1987. That’s like telling you what my favorite green vegetables are. The only thing worse would be if I said “Sunday Bloody Sunday” was the greatest song ever written (which was what I professed back in 1986).

There are few surprises on this list. I just like looking at it in a Hornby-esque way.

And for those who are interested, my Top 10 vegetables: