‘From the Morning’ – Nick Drake 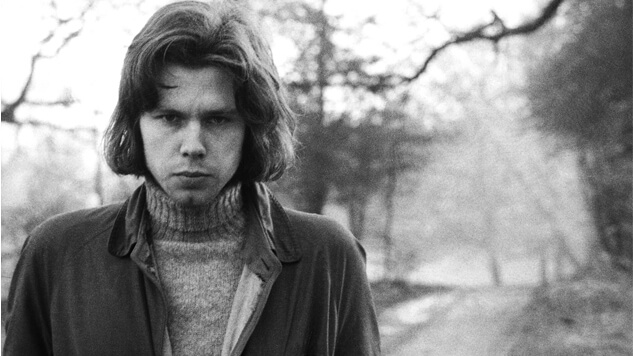 (A Song I Wish I Could Play)

Thank goodness for the Internet; otherwise I wouldn’t have a clue what Nick Drake’s guitar chords were.

As Curt Kirkwood of The Meat Puppets explains in the book Nick Drake’s Pink Moon, Drake relied on open tunings for most of his songs. Usually, a guitar is tuned at E-A-D-G-B-E, and when strummed it sounds like a mess. You have to rely on putting your fingers in the right place on the frets to create pleasing chords. Drake, though, turned the regular tuning on its ear, coming up with open tunings so that when strummed openly, without any fingerings, it would play a chord, and experimented with other alternate tunings that were rarely, if ever attempted.

“The result is a richer, more sustained sound,” Kirkwood explains. Clive Gregson told Nick Drake biographer Patrick Humphries, “It’s incredible technique . . . he’s finger-picking in really odd rhythms. And in some ways it sounds simpler than it really is. I can sit down and pick out certain things, but it never sounds right . . . With Nick, there’s a lot I don’t understand.”

Nick Drake’s Tuning on ‘From the Morning’

Indeed, there was a lot to Nick Drake that was difficult to understand: his morose, depressed state, his quiet demeanor, and the lack of sales of his three albums before Volkswagen took “Pink Moon” into the stratosphere with its commercial. Every once in a while, I’ll tune my guitar down to B-E-B-E-B-E with a capo on the first fret and attempt “From the Morning,” the last cut from his last album. Two years after he recorded this song, he was dead from an overdose of antidepressants; whether it was suicide is anybody’s guess.

“What always intrigues me is the way in which he can have several melodies counterpointing simultaneously; at the same time, you can hear the implicit complex rhythms,” says arranger Robert Kirby. He was a man ahead of his time; Joni Mitchell experimented with them, but until Alexi Murdoch copied Drake’s technique, no one came close to Drake’s proficiency.

For such a low-key album as Pink Moon is, “From the Morning” is somewhat uplifting, with an intricate guitar picking that I could never figure out. I’ll usually just strum the chords while I sing along, and the lyrics are sheer poetry, simple but beautiful:

I yearn to play this correctly; its beauty makes me want to recreate it and experience it as I can on the CD. Alas, Nick Drake was too good, too complicated for us to fully understand what he was doing. It’s what makes him all the more special.