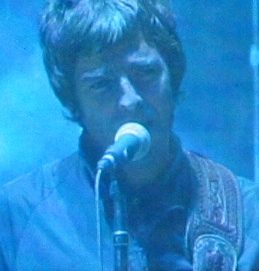 There goes Noel Gallagher again, running his mouth with hyperbole and lies. In a recent interview with Paste magazine, Gallagher called Brian Wilson – the genius behind the Beach Boys – overrated.

“Fuckin’ hell—I hate Brian Wilson! And you know what? If there’s a more overrated person in the music business than me, it’s that guy,” he exclaimed. This is coming from a guy whose band, Oasis, couldn’t hit No. 1 in the U.S. with any album and who only had one top 10 hit, talking about an artist who had 13 Top 10 hits in the UK.

Brian Wilson singlehandedly created one of the greatest albums in pop music history – Pet Sounds – and wrote what Beatle Paul McCartney (whom the Gallagher brothers worship) once called “the greatest song ever written” (“God Only Knows).

Here’s what other, more reputable artists have had to say about Brian Wilson:

I could go on about his awards, his entry into the Songwriters and UK Halls of Fame, but to defend Brian Wilson against a jerk like Noel Gallagher seems to be a waste of time. I will end with a video for “God Only Knows,” and let Brian’s music speak for himself.