Of ELO, my Daughter, and a Drive to Starbucks 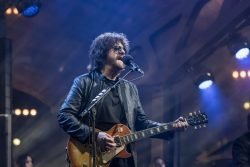 My youngest daughter, to my delight, has taken a shine to the Electric Light Orchestra—so much so that she created a playlist of songs on YouTube that she can listen to. I believe this came from my repeated playing of “Don’t Bring Me Down,” in which she’d say “Moose!” instead of “Grroos! Don’t bring me down…” (It made about as much sense.) She now treasures “Strange Magic,” “Last Train to London” and “Turn to Stone.”

This morning she was in a bad mood—too much homework, I believe, was the cause. As I drove her to Starbucks to meet her friend for breakfast, I asked her if she had heard my favorite ELO song, “Twilight”—a song from 1981 that barely cracked the Top 40 at number 38. She mumbled, “No, I haven’t gotten past the first 11 songs.”

“Well, here, let me play it for you,” I said excitedly as I thumbed through my iPhone to find the song, eager to satisfy her appetite for more ELO.

I started playing it, and hoped that what I heard – the minor chords appearing at unexpected times, all changing in juxtaposition to the same bass note throughout the verses – would somehow strike something deep within her, even if she didn’t know what a Fm/C chord structure was. 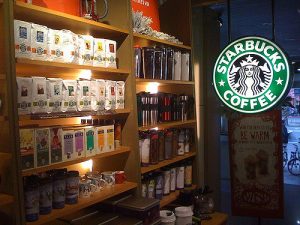 And as I came to the chorus, which goes from a C to an augmented C – rare in pop music but heard in such pop gems as Lesley Gore’s “It’s My Party” and the Monkees’ “She” – I felt one tear, then two come to my eyes as I once again witnessed the beauty that Jeff Lynne created with this song. I tried to sing it – “Twilight…I only meant to stay a while” – but my voice cracked and I stopped, just listening most of the time, and joining in when I could.

I wiped the tears glistening in my eyes.

“Yeah,” she said, which was a good sign, considering her mood.

I decided to take a chance and put on Lynne’s latest ELO album, Alone In the Universe. The first track, “When I Was a Boy,” sounded a little like “Strange Magic,” so I thought she might like it.

This time, the words got to me:

Again, I wiped a few tears away.

When I was a boy

When I was a boy, I constantly had music playing in my head – so much that I couldn’t sleep at night as well. I, too, had a dream that involved music. I wanted to be a rock star. And although I’ve put out a few CDs with my best friend, writing songs that sound like the Electric Light Orchestra and the Beatles, fame has not hit me after 40 years like it has Jeff Lynne. Instead, I discovered writing – specifically, writing about the music playing inside my head, which sometimes causes me to cry. It has been a great release for me.

Except, of course, when I can share a beautiful song with my daughter. There’s no better satisfaction than that.