Of Star Wars, Rita Coolidge and My Memory

Music and the Mind 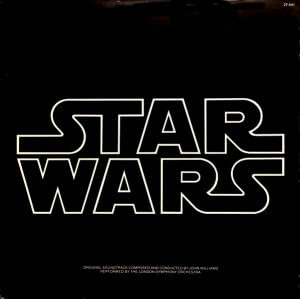 Every time I hear Rita Coolidge’s “(Your Love Is Lifting Me) Higher and Higher,” I am immediately taken back to 1977, the first time I heard the song. I was all of 8 years old, and I was riding back from the Henn Theatre in Murphy, N.C. after seeing Star Wars for the first time. My sister had stopped and gotten the soundtrack for the movie as well.

As the opening chords begin, I can still remember sitting in the back seat of our 1975 Chevrolet Impala station wagon, peering over the front seat and seeing my sister holding the album. I can even smell the scent of the new album as my sister unwrapped it.

And I can’t remember where I put my wallet this morning.

Music – or perhaps, our ability to process music – is an amazing thing. We can recall lyrics to songs we haven’t heard in years, remember the exact placement of each grunt and ad-lib, and instantly recognize songs when given a five-second snippet.

And yet this link to emotion and past events is something even more profound and mysterious. I can understand associating music with major milestones in one’s life – for instance, your first kiss or a dance at your wedding – but the Rita Coolidge song was playing on the way back from a movie. (Granted, not just any movie – Star Wars!) Other songs evoke vivid memories of seemingly mundane events: Dancing in college to “Word Up!”, Riding to a hay ride with “Love Shack” playing in the cassette player, and even recycling aluminum cans while listening to the Sundays’ “Can’t Be Sure.”

But deep down, these incidents may hold some special place for me, and the music serves a soundtrack, a marker to those happy or memorable moments. Other times, though, the memory is probably sparked because of some overwhelming emotion caused by the song: Hearing U2’s “With or Without You” for the first time and knowing that the group had just moved to a new level, or the moment I finally got the Beach Boys’ Pet Sounds.

So now all I need to do is play music every time I put down my keys, and I should be set.