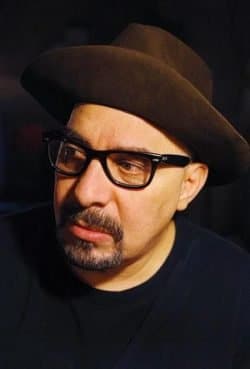 The Smithereens were a power pop band whose hooks rivaled those of the Beatles. They hit their creative peak in 1989 with 11, an album with not a bad track on it. DiNizio’s baritone voice was heartfelt and expressive, and was instantly recognizable.

Unfortunately, like most good pop bands, fame was fleeting. Their biggest hit, “Too Much Passion,” reached only number 37 on the Billboard Hot 100 in 1992. Their highest charting album was 11, which reached number 41.

That’s not to take away from their sheer brilliance in songwriting. DiNizio was the core of the group, and I can’t see the group continuing without him. “Pat had the magic touch,” DiNizio’s bandmates said. “He channeled the essence of joy and heartbreak into hook-laden three minute pop songs, infused with a lifelong passion for rock & roll.”

Another voice in pop music has been silenced. Here’s hoping that pop artists will continue to carry the torch for DiNizio and continue to make beautiful, melodic music for us to enjoy.