Playing God: Recreating U2 in their Prime 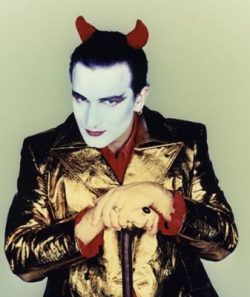 I’ve had a love/hate relationship with U2 over the past 27 years. I first discovered them in 1985 when their album The Unforgettable Fire first hit America, and immediately latched onto the emotional, overtly political lyrics, the Edge’s distinct guitar sound, and Bono’s impassioned voice. I was hooked; they could do no wrong. I played that album and its phenomenal follow-up, The Joshua Tree, over and over, wishing that they were longer. They were so close to perfection.

Then came 1991’s Achtung Baby, a 180-degree departure from their previous material. It was brash, cacophonous, and full of weird electronic noises. And the serious U2 I knew and respected suddenly began to embrace materialism. It got worse with each successive album – remixes, drum machines, ridiculous song titles (“Daddy’s Gonna Pay For Your Crashed Car”). I’m all for new musical directions, but with this direction, the band seemed to develop a new swagger. Bono took on new personas during his concerts, wearing white pancake makeup, sunglasses and gold suits. The Edge looked like a member of the Village People during the video for “Discotheque,” wearing a sleeveless shirt, cowboy hat and handlebar mustache. It was as if your best friend suddenly decided to start hanging out with the wrong crowd.

Their last three albums have been more subdued, and at times they’ve reverted to the old guys I used to know. But the scars are still there, and I’ve never truly forgiven them for it.

Over the past five years, U2 has begun to release remastered versions of their albums, starting with 1980’s Boy. And with some albums, they’ve released a boatload of B-sides and unreleased material.  I hadn’t paid attention to them until recently. But along with those remastered albums, I found a whole underground of U2 fans on interference.com‘s forums, discussing how they would make new track listings with the B-sides, getting rid of inferior tracks and making the whole album better. Some have burned CDs of the new albums, and that’s now the only way they listen to the albums.

The Joshua Tree could be a double album! The Unforgettable Fire could feature even more of producer Brian Eno’s atmospheric experimentation! Achtung Baby – considered by many to be their finest album – could I actually like Achtung Baby?

So I’ve jumped in the fray. Over the next few posts, I’ll revisit U2 from The Unforgettable Fire through their most recent release, No Line on the Horizon, playing Marty McFly in my time machine and remaking each album the way I want to. Because I can.