Hey, The Pretenders Are Really Good 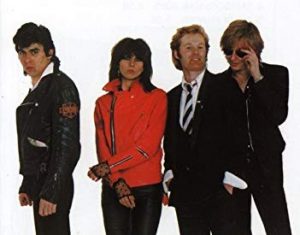 This week I’ve been holed up in my basement, quarantined with what I have dubbed the Swine Cold. Armed with a Kleenex box and the remote, I became a couch potato, soaking in “Law & Order” reruns and, oddly enough, “Charmed.”

I know. It came on after “Law & Order” and I didn’t have the strength to change the channel. But one of the episodes featured the Pretenders’ “Human,” from their 1999 album Viva El Amor. It was the first time I had heard this song, but I immediately took a liking to it.

The only Pretenders album I own is a Greatest Hits compilation, which includes all the better-known singles such as “Brass in Pocket” and “Back on the Chain Gang.” But it also features quite a few tracks that never took off in the United States: “2000 Miles,” “Hymn to Her” and “Talk of the Town.” (When I ripped it onto my iPod, I chose not to add the awful reggae-tinged cover of “I Got You Babe.”) It quickly moved into regular rotation, but that was 20 years ago.

The inclusion of that Pretenders song in “Charmed” reminded me that the Pretenders have been a pretty well-kept secret here in the States. They only had two Top 10 hits – “Back on the Chain Gang,” which hit number 5, and “Don’t Get Me Wrong,” which peaked at number 10. They began as a punk band but frankly were never that edgy. I think they are considered punk because Chrissie Hynde worked for in Malcolm McLaren’s clothing shop.

Here’s one of those lesser-known songs. Enjoy, and let this serve as a reminder that the best bands may not be the most popular ones. If they were, this blog wouldn’t exist, now, would it?