Electric word, Life: It means forever and that’s a mighty long time, but I’m here to tell you. There’s something else: The afterworld. A world of never-ending happiness; you can always see the sun, day or night. 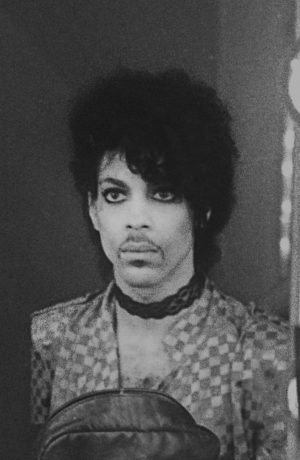 First David Bowie, then Glenn Frey. Then Maurice White. And George Martin. And Merle Haggard. Now we have Prince to mourn. 2016 sucks.

Prince wasn’t supposed to die. He had barely aged in 30 years, the recent Afro probably making him look even older than when his hair was short and straight. And his music was even more timeless. Forget for a moment about Purple Rain. Dirty Mind, an album that he recorded when he was all of 21, was one of the best new wave albums of 1980. He wrote “Manic Monday” for the Bangles, and covers of “Nothing Compares 2 U” and “I Feel for U”  were recorded by others and became instant classics.

1999, recorded in 1982, blended funk, rock and pop in a way that people had never heard before; even Michael Jackson, before Thriller, was just an R&B star who sang catchy songs. 1999 was something different. I’ll even go out on a limb and say that Prince’s success dared Jackson to record Thriller, to step out of his comfort zone and do something different.

Prince could do it all. He could sing a span of octaves, shrieking at one moment in a sexually suggestive way, then cooing with romance in another moment. (His real voice was more of a baritone.) He was one of the best guitarists of our generation, underrated to the nth degree. He wowed the crowd in 2007 in what was arguably the best Super Bowl halftime performance ever. He stole the show at the 2004 Rock and Roll Hall of Fame induction ceremonies with a biting guitar solo of “While My Guitar Gently Weeps.” His single “Kiss” was the funkiest thing I had ever heard on the radio, and “Raspberry Beret” was the best song the Beatles never wrote. And he could touch your heart with a simple ballad.

I was 16 when Purple Rain came out. At the time, I lived in rural northeast Georgia, a place where no African American people lived. When the album and subsequent movie came out, my friends and I had never heard or seen anything like it. It rocked. It was funky. It grooved, slapped you in the face, made you cry, giggle, flush your face in embarrassment, and most importantly, it made you dance. It didn’t matter what race he was. All of my school friends demanded his songs at the local dances, and we nearly tore the elementary gymnasium’s floor off its foundation with our dancing. He bridged races with music, a common element for all of us.

The dichotomy between his spirituality and sexuality was troubling for an adolescent male. We were all fascinated by his frank references to sex, but wondered, how could he call himself a Christian too? I think Prince himself struggled with this, trying to toe the line between the two often opposing themes. Or were they opposing? He made us rethink the meaning of both.

We put up with his failures – Under the Cherry Moon, Graffiti Bridge, his bizarre name change and his less-than stellar output following the 1990s – because we knew what a talent he was. We knew, almost expected, that lightning would strike again. We waited patiently for him to shine again because he deserved it.

Prince wasn’t a stage name. His father named him Prince Rogers Nelson, which must have meant that he had big plans for his son. Little did he know how big those plans were to become, and how revered his son would be.

On the way to a concert in Athens (I’m supposed to be interviewing the band now, not writing this), I heard “1999” on the radio, and the tears that I had kept inside all day started. I cried at a childhood long gone, with only songs from artists such as Prince to remind me of bits and pieces of memories. I cried at all the songs I hadn’t heard that night – songs that I had memorized and sung at the top of my lungs with my friends. I cried for all my friends who were feeling exactly the same way I was.

And, contrary to the dumbass DJ who said we should be celebrating his life,  I cried for Prince. I mourned his passing and selfishly wanted to reach into his head and extract all the melodies and songs that had yet to make it onto an album. Lord knows what else that man could have done.

The King of Pop may have died several years ago, but the Prince of Rock died today. Long live the prince.