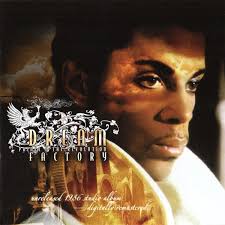 In the 1980s, Prince reached his commercial peak in 1984 with the smash album and movie Purple Rain. He followed that up quickly (and rather unceremoniously) with the eclectic and disjointed Around the World in a Day, which left many fans scratching their heads. But it was a giant step forward musically, with the Purple One embracing the Paisley Underground scene, the late 60s psychedelic sound, and even world music.

His next album, Parade: Music from the Motion Picture Under the Cherry Moon, was more accessible, featuring the #1 smash “Kiss,” but it too was Prince going in another direction. This time he built the album more on funk, with French undertones adding to the psychedelic sounds from Around the World in a Day. You heard kettle drums, orchestras, flutes and lots of piano.

Where was Prince the funkster, the creator of “I Wanna Be Your Lover” and “Controversy”? His interracial band, the Revolution, was more of a rock band, having made its debut during 1999, the album before Purple Rain. Its role in Prince’s songwriting was growing, and the band began introducing him to new sounds such as the Paisley Underground – so much, in fact, that he gave the song “Manic Monday” to the Bangles and signed The Three O’Clock to his own label, Paisley Park Records.

He was especially fond of Wendy Melvoin and Lisa Coleman, the band’s inventive guitarist and keyboardist, respectively. He would give songs to the two to flesh out and add their own fingerprints; “I Wonder U,” a cut from Parade, even featured Wendy on vocals. He decided that the next album, Dream Factory, would be an ensemble effort, and he gave Wendy & Lisa more input on it.  “They thought of stuff that Prince could never dream of,” sound engineer Susan Rogers told Ronin Ro in Prince: Inside the Music and the Masks.

Wendy & Lisa contributed several songs to the new project – another first, because until then, most songs were 100% Prince creations.

By late April 1986, he had recorded 11 songs for the album, and eight of them were collaborations with the band:

By summer of 1986, though, things were starting to sour within the Revolution. Prince had expanded the group  to include his girlfriend (and Wendy’s twin sister) Susannah, Sheila E. on drums, a saxophonist and trumpet player, and several dancers and backup vocalists. The group was becoming bigger and was starting to play more jazz and funk, much to the original group’s chagrin.

The change in direction was noted in the second configuration of Dream Factory in June. Prince, always tinkering with his product, made the record a double album and started adding more solo material to it.

Prince kept writing. One month later, he had tweaked the track listing even more and taking more Wendy & Lisa material away:

Tensions grew, and by October, Prince had pulled each member of the Revolution aside and either fired them or gave them the option of staying. Only keyboardist Dr. Fink stayed with the group, although he would see his role continue to diminish until 1991, when he was finally let go and the band was renamed the New Power Generation.

So what happened to Dream Factory? Prince shelved it, along with another side project titled Camille. He took his solo tracks and created a triple album called Crystal Ball. Warner executives balked at releasing a triple album, so he was forced to pare it to a double album we now know as Sign O’ the Times. There was virtually no trace of Wendy & Lisa on the album. He even re-recorded parts of “Strange Relationship” to downplay their contributions. When “Power Fantastic” was finally released on a greatest hits package, Wendy & Lisa received no songwriting credits.

Dream Factory could have been a masterpiece.  Instead, we got the brilliant but schizophrenic Sign O’ the Times, and it was all downhill from there. He’d never approach this creative peak again, preferring instead to release tons of sub-par, lite funk each year.