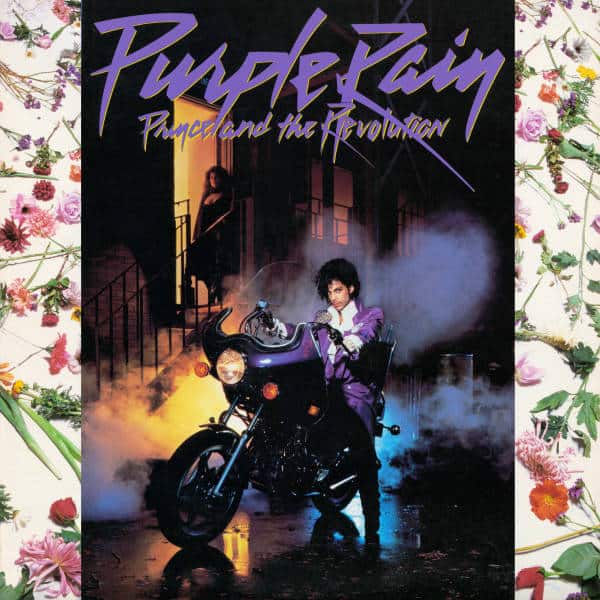 If Michael Jackson was the King of Pop, then Prince Rogers Nelson was definitely the Prince of Pop. And Rock. And Funk.

Prince followed a similar path as his contemporary, releasing a modestly successful album (1999) before hitting the jackpot with a multiplatinum LP that crossed several musical genres. Like Jackson, he seemed to cave under the fame as news reports about him grew more bizarre, and while his next few albums sold well, he never really returned to the height of his fame in 1984.

Prince’s jackpot was Purple Rain, the soundtrack to the forgettable movie of the same year that pulled in almost $70 million at the box office. In this instance, the movie served as a giant video for the soundtrack, as album sales drove movie ticket sales; Purple Rain sold more than 11 million copies. With this record, Prince established himself as Michael Jackson’s alter ego and expanded Thriller‘s groundbreaking sound, blending the lines between R & B and rock in a way reminiscent of Jimi Hendrix and Sly and the Family Stone.

In a way, Purple Rain is a much more impressive album than Thriller. Where Jackson bulldozed through the charts with radio-friendly R&B and rock, Prince challenged us with a variety of sounds:

Of course, Prince couldn’t resist getting nasty. “Darling Nikki” drew the ire of Tipper Gore and family and church organizations, but it led us sex-starved teens straight to the lyric sheet to find out the exploits of said Nikki. Prince was the bad boy of rock, and his racy lyrics and onstage antics set him apart from Michael Jackson. And although some would argue that these ventures into eroticism attributed to his smoldering, sexual persona, it was more of a humorous distraction to an otherwise perfect album.

Two songs that served as bookends for the soundtrack set Purple Rain apart from other R&B releases. The album opened with “Let’s Go Crazy,” which began with Prince preaching over church organ music, urging us to escape the aches and pains of this world, before launching into a frenzied, manic glam-rock arena anthem.

By the time Prince accented the song with a blistering guitar solo at the end, listeners found themselves out of breath and dizzy — regardless of whether they danced. In a way, it was the first grunge song, designed for teens slamming against each other in a mosh pit – seven years before Nirvana.

The final song, the title track, evoked Hendrix’s memory with a powerful guitar-driven power ballad. Prince put the reverb on high, with his voice seeming to echo forever along with a single beat from a snare drum. The song lasted an eternity — 8 minutes and 45 seconds — but like a concert (the song is performed live), the end left you flicking your lighter, voice hoarse and wanting more.