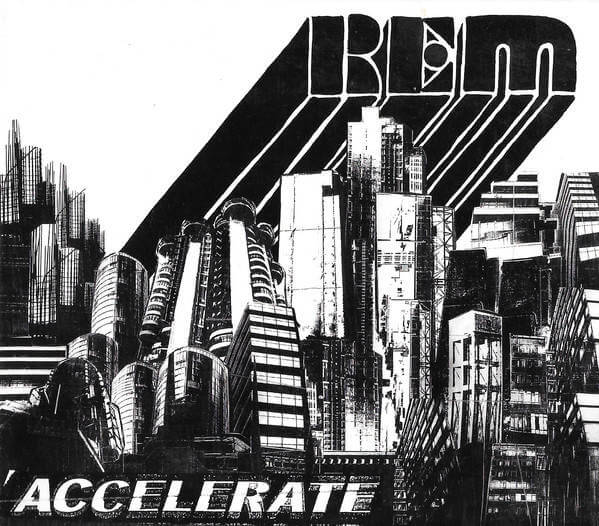 I never knew a drummer could make so much difference.

But ever since Bill Berry left R.E.M. in 1997 to pursue uh, farming, R.E.M. has been going through the motions, making albums as if they were punching their time card at a factory. 1998’s Up yielded only one memorable song, and Reveal and Around the Sun were instantly forgettable.

It’s been a shocker — R.E.M., the trailblazing godfathers of college rock, have been forgotten. Kids entering their teen years have not seen a great R.E.M. album in their lifetime. That shouldn’t be allowed.

Accelerate, the band’s 14th album, doesn’t rank among their greatest, but it is a step in the right direction. The band has finally begun listening to critics and fans and remembered the formula for their success — a raw, energetic sound that hasn’t been heard since 1986′ Lifes Rich Pageant. They tried doing this with 1994’s Monster, but it was murky, distorted and at times unlistenable. With Accelerate, though, they rock. Finally.

The opening number, “Living Well is the Best Revenge,” tumbles through with a helter-skelter pace that leaves you breathless. Lead singer Michael Stipe’s lyrics are full of vitriol: “You savor your dying breath / Well, I forgive but I don’t forget.”

“Man-Sized Wreath” is also powerful, but with a more pop-oriented sound akin to Green‘s “Pop Song ’89.” Its chorus is reminiscent of Kool & the Gang’s “Celebration,” of all songs. I wonder if they realize that. And the first single, “Supernatural Superserious,” is a vintage, albeit safe number accented by what has become Peter Buck’s new trademark: a distorted, staccato-tinged guitar riff. “Hollow Man” sounds right at home in the 1960s. It’s a medium-tempo track in which Stipe shows a rare vulnerable side.

The group makes their opinion of President George W. Bush known. On the title cut, he seems to reference the wars in Iraq and Afghanistan: “No time to argue with belief / I’m not alone, a thousand others dropping faster than me.” And “Mr. Richards” is a pointed attack against Vice President Dick Cheney, with Stipe asserting, “Mr. Richards, you’re forgiven for a narrow lack of vision / But the fire’s are still raging on.”

I said it’s a step in the right direction. But the middle of Accelerate finds the band moving more toward the safer, adult-alternative route that worked for them during Out of Time and Automatic for the People, but now sounds more like their earlier releases of the 2000s. It’s only during the final numbers, “Horse to Water” and the sophomoric “I’m Gonna DJ,” that the band finds its sound again. It’s a sound of R.E.M. past.

And I’ve missed that. I’m glad to see their familiar faces again.