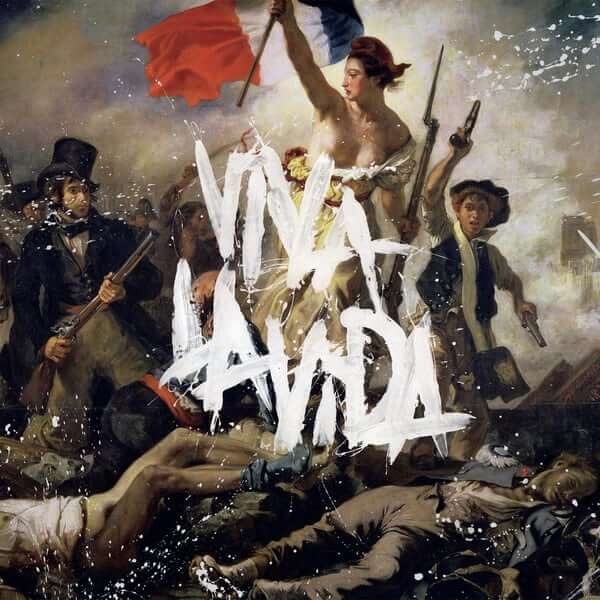 Throughout this whole era of Coldplay worship, something has bugged me about them. Maybe it was lead singer Chris Martin’s sinus issues (give that man a Kleenex before he sings!), the song “Yellow,” or their strong penchant for taking themselves way too seriously.

Recently, the Travelodge hotel chain conducted a survey of 2,248 people in the UK to find out what artist helps them fall asleep. According to the poll, Coldplay beat out middle-of-the-road artists James Blunt and Norah Jones as an instant sedative: Not a good thing for a rock band.

On Coldplay’s new album, two out of my three previous theories listed above do make themselves apparent (hint: “Yellow” isn’t on this album), but throughout the 45 minutes of music, I found myself trying to find some memorable moments, and there were few.

The opening track, “Life in Technicolor,” is an instrumental, as if Coldplay were staging this is some kind of overture to an epic soundtrack. U2 tried this with “Where the Streets Have No Name,” but they had a memorable song to lead into. “Life in Technicolor” leads into “Cemeteries of London,” which…wait, let me go listen to it again…oh yeah. That one…I got nothin’.

That’s the problem with most of Viva La Vida: After repeated listenings, very few songs rise above the norm and stick in my head, save the title track, which is marvelous. You’ve probably heard it on Coldplay’s commercial for the album — upbeat, staccatoed strings accompanying a melodic vocal from Martin. It’s their second single, and for good reason; coming toward the end of the CD, it’s a welcome relief, and it will quickly become a Coldplay classic.

Other standout tracks are “hidden,” add-ons to other songs: “Chinese Sleep Chant” wakes up the song “Yes” with a wall of surging guitars, with Martin wailing in the background. It hearkens back to the early 90s and is one of the few times the band gets aggressive. “Reign of Love,” tacked on to the end of the sweeping “Lovers in Japan,” is a quiet, dreamy piano ballad.

Martin has said that the band spent hours in the studio trying to make everything perfect, and while the production is top-notch, at times it sounds pretentious. Their long instrumental breaks sound like some prog-rock band from the 70s.

It’s a shame, because I really wanted to like this CD. Coldplay, despite their flaws, are one of the strong hopes for saving pop music from marginally talented, overproduced artists dominating the charts today. With Viva la Vida, they seem to be confidently treading water.