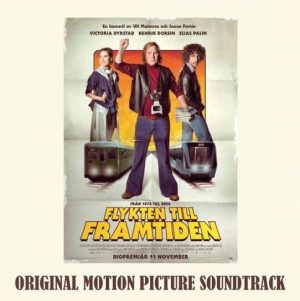 When the director of Flytken till Framtiden, a Swedish time travel movie, requested a song that “sounds like Electric Light Orchestra,” composer Jimmy Lagnefors didn’t have to look far for a collaborator. Singer-songwriter David Myhr, formerly of the pop group the Merrymakers, jumped at the chance.
Myhr has the formula for creating Beatlesque (and in this case, ELO-esque) music down perfectly, having created a marvelous solo album that was melodic and downright catchy. The duo’s completed product, “Spellbound,” is the song that ELO lead singer Jeff Lynne wishes he would have made.
With an orchestral opening, chromatic chord phrasing, and a chorus that sounds like “Livin’ Thing,” Myhr and Lagnefors have done the impossible: recreated ELO while not ripping them off. Myhr’s crystal-clear tenor voice is different from Lynne’s signature baritone voice (although we hear a bit of an imitation at the end of the song); it lends a fresh, new element to a familiar sound.
“Spellbound” is reminiscent of the ELO sound, but in essence, it sounds more like a classic 70s pop song – something ELO might have done. And anything close to ELO has to have a beautiful melody (check), memorable chord progressions (check), multi-track harmonies (check) and a sing-song chorus (check). They’ve achieved what they set out to do, and the result is nothing short of miraculous.
I asked Myhr how he was able to do it, and I got more than I bargained for. The resulting interview is a fascinating look inside the mind of a power-pop genius. Read on, and learn.
How do you make a song sound like ELO? What’s the secret? 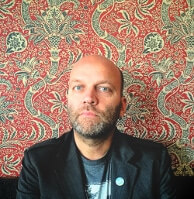