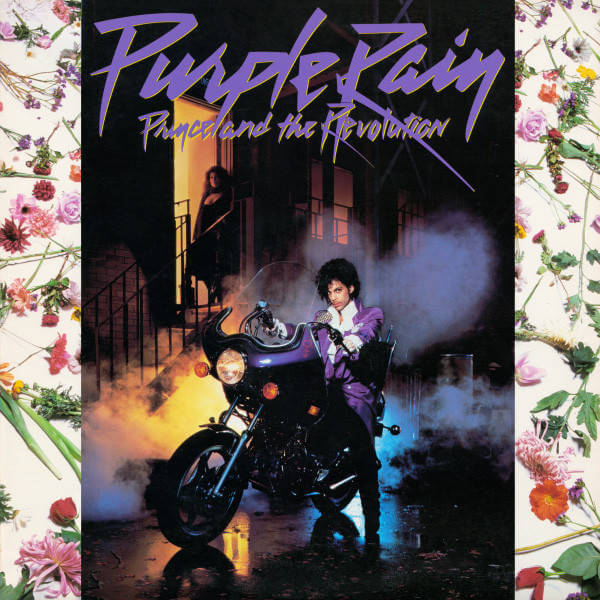 Purple Rain was one of those seminal albums of the 1980s — records you stood in line for, expected something special, and was not disappointed. I can count on one hand the number of times that has happened:

The rest of the great albums caught me by surprise, and other albums by great artists didn’t live up to their hype (Michael Jackson’s Bad, Counting Crows’ Recovering the Satellites and most of R.E.M.’s output of the 2000s).

But Purple Rain captured the teen Zeitgeist at the time. From the opening organ of “Let’s Go Crazy” to the ending orchestral touches on “Purple Rain” and all the naughtiness in between, Prince and the Revolution had created a masterpiece. “When Doves Cry” was a somber, bass-less string ensemble with Prince lamenting, “How can you just leave me standing alone in a world so cold?” Even second-level songs such as the acoustic-tinged “Take Me With You” or the technology-laden “Computer Blue” seemed to reach out to this Caucasian trapped in north Georgia.

Now Prince is dead, having left us over a year ago, and his famous vault full of unreleased music is beginning to creak open. Some 33 years after the release of Purple Rain, Warner Bros. is finally letting us see into the vault, giving us the Purple Rain Deluxe Edition.

Inside the Purple Rain Deluxe Edition

To be honest, my ear is not good enough to tell the difference between the original soundtrack and its 2015 remasters. So I went straight to the unreleased material.

We’re treated to a show, although most die-hard Prince fans have heard most of the vault releases in bootleg form. “The Dance Electric,” a song he wrote for friend Andre Cymone, had been scratchy, short and muffled before on bootleg releases; this time, we get treated to eleven and a half minutes of a clean, unmuffled and fully engineered song. Needless to say, six minutes would have been fine, but who’s to edit a Prince jam?

“Love and Sex” sounds like it would fit perfectly on Purple Rain or 1999. It begins with an ending — not unlike “Let’s Go Crazy” — and Prince’s trademark scream, but evolves into a rock jam, albeit one few have ever heard.  Prince is frenzied, loud and screaming. It’s good to hear him experimenting.

We finally get to hear a pristine version of the 13-minute extended version of “Computer Blue,” long circulated among fans, and the result is wonderful. It’s made a song that I only marginally liked into a suite of themes that left me mesmerized at the man’s ability to craft a song.

The next three songs are songs we’ve heard before, but with some surprises:

“Velvet Kitty Cat” and “Katrina’s Paper Dolls” sound like demos, but it gives us a view into Prince’s brain at the time. The former song sounds like he’s channeling Elvis, and the latter is a more thought-out concept and was supposed to be about girlfriend/fellow actress/singer Vanity. It’s melodic and seems like more of a band effort.

“We Can F**k” isn’t much different from Prince and George Clinton’s “We Can Funk” from Graffiti Bridge, but it’s good to hear the song in an earlier format. Finally, one of the jewels of the discs is “Father’s Song” in its entirety, a beautiful piano/keyboard instrumental. I could have done without the electronic synthesizer joining the melody about halfway through, but the ode to his father, which appears in the movie “Purple Rain,” is touching and fragile. (We hear its melody in “Computer Blue.”)

The rest of the disc features edits and remixes of singles and B-sides – stuff we’ve heard before. The only thing missing is a 12-inch remix of “17 Days,” which has Prince fans in an uproar. (I didn’t get the DVD of the “Purple Rain” concert – I opted for the streaming version which gave me the songs digitally, and much more quickly than shipping the discs. Call me an incompletist.)

All in all, this reissue does not disappoint. We’ve always wondered what a longer version of the album “Purple Rain” would sound like, and these treasures from the vault give us an idea. Prince was at his creative peak then, and it’s a thrill to hear these songs remastered and given their proper debut. Let’s hope the record company continues to push that vault door open. I’d like to hear “Dream Factory” in its various forms, a remastered “Around the World in a Day,” and an extended “Sign O’ the Times.”