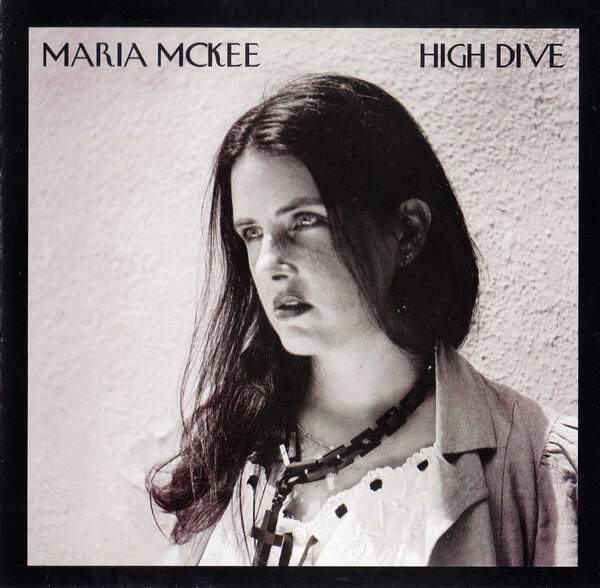 My all-time favorite album is Maria McKee’s Life Is Sweet.  Bold and cutting with an overdramatic, almost manic flair, this CD brought to mind David Bowie’s music during his Ziggy Stardust phase. It was a complete departure from her alt-country sound, and it also marked the end of her relationship with Geffen Records.

I waited impatiently for Life is Sweet’s follow-up. When High Dive was finally released in 2003 (seven years – seven years later!), I was still expecting Life Is Sweet 2, not realizing that McKee’s musical direction may have changed. (That’s my fatal flaw in finding perfect albums; I always anticipate an exact replica on the next release and end up being extremely disappointed.)

Instead of raucous guitars, I heard more soothing orchestral touches; at one point I even heard whistling, a saxophone and a French horn. Inexplicably, she had redone two of my favorite songs on Life is Sweet – the title track and its coda, “Afterlife,” and I disliked them from the start because they were different. I gave it a few listens, and it joined U2’s Achtung Baby, Counting Crows’ Recovering the Satellites and R.E.M.’s Monster as follow-ups that didn’t quite live up to their predecessors.

The other day, I was listening to a bootleg recording of McKee performing live during her Life is Sweet tour and noticed that she played several songs that weren’t on the album. Determined to find as many LIS-era songs and make my own follow-up, I found a few B-sides to a single, collected the new songs from her tour, and had a nice nine-song LP that I knew had to be close to her thinking and songwriting process at that time. And I liked it.

Then I noticed that six of the nine songs on my fantasy album were on High Dive. Oops. Time for a second listen.

Eleven years later, I am finally appreciating High Dive. It is quirky in its own way — not as brash as Life is Sweet, but its tracks are more touching; it’s as if she exorcised the demons in the previous album, or at least held them at bay. High Dive features more piano, more acoustic guitar (something that would be more apparent on subsequent albums), but McKee’s voice is the same: sometimes sweet and innocent, sometimes strong and pleading, but beautiful nonetheless.

“No Gala” and “From Our TV Teens to the Tomb” feature a great deal of piano. They’re soothing but emotional, especially “TV Teens,” which crescendos into a glorious chorus that sounds like a modern Broadway classic.  This is the evolution of Maria McKee, for the guitar-heavy tunes just can’t touch the angst of “Scarlover” or “I’m Not Listening.” She’s taken the fragility of Life is Sweet and turned it into a more confident, stable sound.

High Dive is no Life is Sweet. But I’ve learned patience when listening to albums for the first time; you may not recognize their sheer beauty until you get to know them and embrace them for what they are: wonderful collections of music in that can stand on their own.