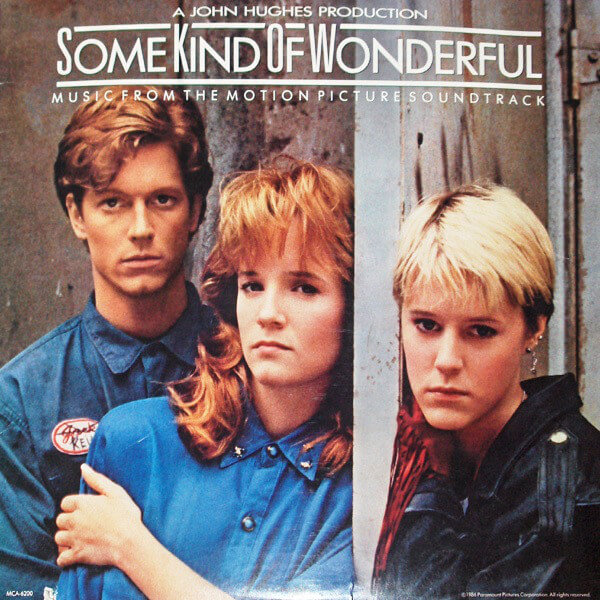 Perhaps the only thing more quintessentially 1980s than a John Hughes movie is the soundtrack to a John Hughes movie. Music from such films as The Breakfast Club, Pretty in Pink and Weird Science usually had at least one Top 40 hit, and Hughes always seemed to be able to find the right song to capture whatever teen angst was being experienced on-screen.

His movies were formulaic, usually involving some awkward, misunderstood teen or someone who was a maverick, a latter-day James Dean who dressed differently and had no money. And the music was the same – usually consisting of semi-obscure, new-wave artists such as Altered Images, Oingo Boingo and Echo & the Bunnymen.

Hughes went way off the beaten path in finding music for the movie Some Kind of Wonderful. But as always, he found exactly the right music to fit the relationship between Watts (Mary Stuart Masterson) and Keith (Eric Stoltz), two awkward, misunderstood teens who, um, dressed differently and had no money. He found bands I had never heard of (and in some cases, haven’t heard from since): Furniture, Flesh for Lulu, the March Violets and Lick the Tins. The Jesus and Mary Chain had been big in the U.K., as had Pete Shelley, the former lead singer of the punk band the Buzzcocks. But the rest, at least to me, were no-names.

The music on the Some Kind of Wonderful soundtrack was unlike anything I had heard of at the time, but I immediately liked it. From Shelley’s upbeat “Do Anything” to Lick the Tins’ charming remake of Elvis Presley’s “I Can’t Help Falling in Love,” each song held its own. “I Go Crazy” from Flesh for Lulu sounded like the Psychedelic Furs (another Hughes alumnus). And Blue Room’s “Cry Like This” was a perfect song for those teens feeling despondent, featuring simple chords on a keyboard accompanied by heavy drumbeats.

In a way, the movie seems to be written for the songs. You remember Watts pounding the drums to “Cry Like This,” and you feel her sadness. You recall Watts and Keith practicing Keith’s first kiss during Stephen Duffy’s “She Loves Me,” her legs wrapping around his waist as they both realize that there’s a spark there. The quirky “Brilliant Mind” suddenly turns dark and dramatic when Amanda Jones (Lea Thompson) runs out of school in tears after being shunned by her friends.

Each song kept the momentum and quality high; there simply isn’t a bad song on the album. And the fact that the producers left songs by the Rolling Stones and Billy Idol off the album is a testament to its greatness. They simply didn’t need those songs.

It’s a rarity — the songs make Some Kind of Wonderful one of the best soundtracks of the 80s, and I mainly watch the movie nowadays just to hear the songs within the context of the film.

1 thought on “Some Kind of Wonderful Soundtrack – Various Artists”