‘Washing of the Water,’ Peter Gabriel 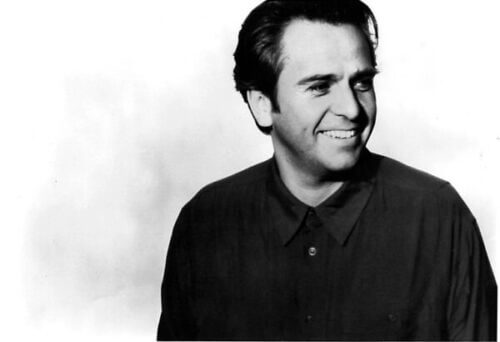 (A Song I Can Play on the Piano)

Peter Gabriel is known mostly for his hit singles “Shock the Monkey” and “Sledgehammer,” including the groundbreaking video for the latter song. For those with a 70s music background, they may know him as the makeup-wearing, headdress-wearing lead singer for Genesis before Phil Collins took over vocal duties.

But Peter Gabriel has a soft side. And nowhere is this more apparent than on “Washing of the Water,” a cut from his Us album.

Simplistic in melody and chord progression, it’s easy to pick out on the piano. It starts out simple, with a low bass percussion pulsing slowly and Gabriel’s scratchy low baritone barely registering. The melody is so simple — it’s almost a lullaby, really — as Gabriel asks the river in which he’s immersed to carry him on. “River, show me how to float,” he asks. “I feel like I’m sinking down / Thought that I could get along / But here in this water, my feet won’t touch the ground.” The only accompaniment is the slow percussion and a piano.

On the second verse, Gabriel raises his voice an octave, and the scratchiness grows as he reaches for the high notes, sometimes moving into falsetto. When in his upper register, his voice sometimes breaks, showing the strain and intensity that he’s putting into the song. Its imperfection is genuine and touching.

The song picks up in strength and intensity, as if the current is moving him faster. Strings join the piano, as if it’s a spiritual hymn.

The song peaks at the bridge, when it moves into a minor key and becomes almost turbulent in nature, with brass adding depth and desperation. Gabriel’s emotions let loose, his rough voice squeezing every bit of meaning from the lyrics:

Letting go, it’s so hard, the way it’s hurting now
To get this love untied
So tough to stay with this thing, cause if I follow through
I face what I denied
I’ll get those hooks out of me
And I’ll take out the hooks that I sunk deep in your side
Kill that fear of emptiness, that loneliness I hide

Then the storm seems to subside, and the song goes back to its simplistic, soft tones as Gabriel, sounding tired and spent, sings, “River, oh river, river running deep / Bring me something that will let me get to sleep.” The music softens as if Gabriel is indeed lulling himself to sleep. He asks the river once more, “In the washing of the water, will you take it all away? Bring me something to take this pain away.”

In Chris Welch’s The Secret Life of Peter Gabriel, Gabriel says “Washing of the Water” is “a love song about being in a painful place and recognizing that . . . water from the river and the sea . . . the washing being healing, cleansing, and purifying.” Others see it as a song about a relationship, with the line “Let your waters reach me like she reached me tonight.”

Whatever the meaning is, it comes through loud and clear through the music. “Washing of the Water” is cathartic to play on the piano, starting so soft and soothing, then building to the bridge, where I bang the crap out of the instrument, getting all my frustrations out, then calming down again for the end of the song. I ride the waves of sorrow and despair, I release my own hooks, and kill the loneliness that sometimes comes to the surface. The water is a baptism, washing my worries and pain away.