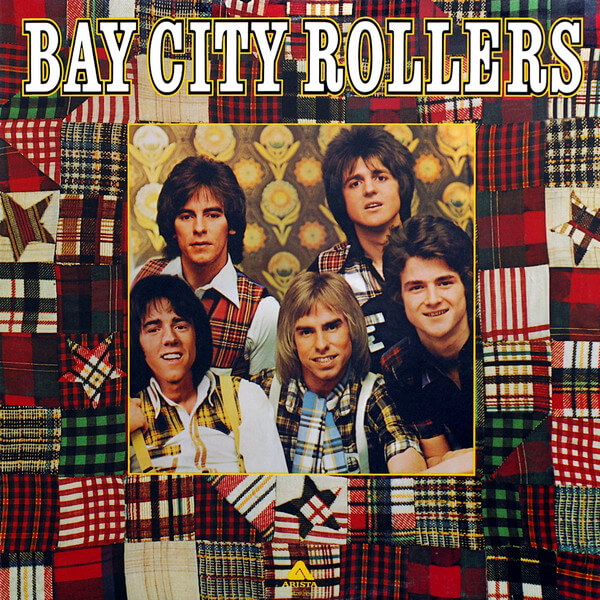 (A Song From My Childhood)

I can trace my love of pop music back to a few songs from 1976, when I was all of 8 years old: “December 1963 (Oh What a Night)” by the Four Seasons; “Don’t Go Breakin’ My Heart” by Elton John and Kiki Dee; “Dancing Queen” by ABBA; and “Saturday Night” by the Bay City Rollers.

“Saturday Night” was close to bubblegum pop as you could get — something I still hold dear to my heart. The song itself is pretty simple, with a spell-out of “S-A-T-U-R-D-A-Y Night!” chiming throughout the song. The verses are unassuming, with a popular I- iv-IV-V chord structure (Think “Stand By Me”‘s chord progression.).

The refrain gets a little more interesting, with a nice sing-along melody accompanied by a pounding drum beat. But the chorus is glorious; the band sings “It’s just a Saturday night,” jumping up a full octave on “night,” as the bass descends note by note from IV down to I.

I don’t know what it was about “Saturday Night” and the other songs of 1976 that drew me toward them; they’re all sing-along pop jewels that I still listen to today, and most of what I listen to are derivatives of these songs. But I was obsessed with “Saturday Night”; I didn’t know what a IV chord was at the time. But something about the song struck me, and it’s the same thing that strikes me when I hear a new pop jewel with Beatle-like tendencies. (The Bay City Rollers were one of a hundred bands to get the “Next Beatles” tag thrust upon them.)

“Saturday Night” was a staple in the lip-synching concerts that my friend Mark and I performed for parents and friends. We even won a talent show with it, playing tennis rackets for guitars.

(The Bay City Rollers were Scottish; could it be that I have a thing for Scottish bands too, with my adoration for Del Amitri and Teenage Fanclub?)

I’d like to think that it was somehow genetic, that there’s a pop music gene and that I was destined to love “Saturday Night,” destined to hear it and destined to go on to be a pop music lover. But regardless, 1976 was when it all started. Thank you, Bay City Rollers.