(A Song That Describes Me)

We’re at the last song in this series, which was supposed to take 30 days but took more like two years.

I saved the hardest for last. A song that describes me? Really?

My first thought was “Overkill” by Men at Work, just for the “I can’t get to sleep” line. (I’m a known insomniac). For that matter, I could have used billy pilgrim’s “Insomniac.” But thanks to Netflix, I can sleep a lot better now. 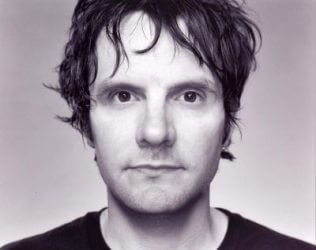 Superkid
Do you remember Superkid?
How could you forget
Has he made it yet?

Viola was a child prodigy, recording his first album when he was 14. And while fame has been fleeting – he sang the vocals to “That Thing You Do!” – he has remained mostly in the shadows of more popular power pop acts such as Fountains of Wayne and Weezer.

And it’s a shame. His talent is unsurpassed, and despite his relative anonymity, he keeps churning out records. He has written songs for Mandy Moore, Ryan Adams and Rachael Yamagata, and written and performed on soundtracks such as Walk Hard: The Dewey Cox Story  and Get Him to the Greek. He also has a faithful group of fans on Facebook who follow his every move.

Was he a Superkid? Yes. Has he made it yet? One could say he has, even if he hasn’t had a multi-platinum record.

My own version of Superkid

Like Mike, I felt like a Superkid. When I was young, my parents told me I was special. I made straight A’s without lifting a finger, began to excel at playing the piano and saxophone, and had a budding acting career in the local theater. Fame tasted good.

College woke me up. It was hard, and it tested me beyond my limits. And while I found my calling – writing – I tinkered with politics because that seemed to be a quick road to fame. I found that I liked talking about politics more than I liked practicing it. So I settled down into a career in public relations, communications, and web content management.

Does this mean that the Superkid failed? No.

I’ve published a book that was very well-received and am working on a second one. My friend and I cut six CDs of mostly original material which we gave to our families for Christmas each year. I became a father to two amazing girls, and I’ve maintained this blog for nine years running. Sure, fame hasn’t embraced me. I’m satisfied, but still hungry.

Was I a Superkid? Maybe. Have I made it yet? One could argue that I have. But there’s always more.