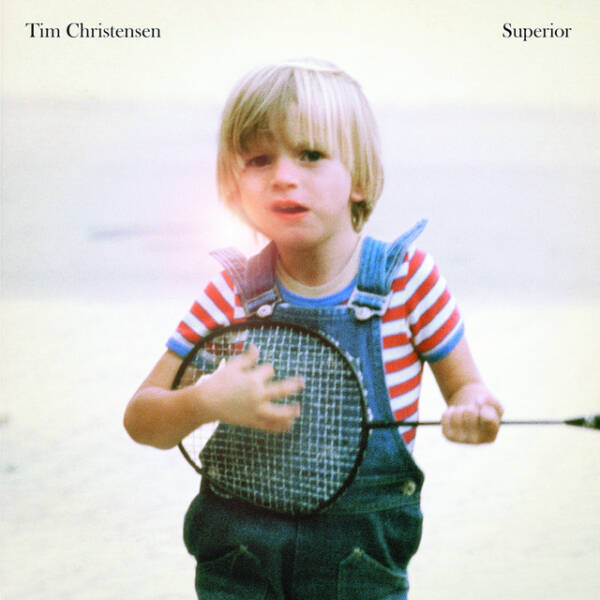 “Superior” by Tim Christensen is close to perfect. Released back in 2008 from the album of the same name, every few years the song rears its head and enters my life, worming its way into my ears and planting itself in my brain for a week or two. It’s a love affair that borders on obsession and, if it doesn’t finally bleed out of my ears, insanity.

Cowritten by “That Thing You Do!”‘s Mike Viola near the height of his superpower songwriting prowess, it’s a song that starts simply in D minor and wheezes along like an old calliope. Christensen sings along until the chord changes to A minor—ugh, is the whole song in a minor key?—until his voice strengthens and rises along with an F# diminished chord (does anyone ever hear those?) that adds a bit of tension and drama to the song before it resolves to an F major 7th and then, after repeating a verse, falls nicely into a C—which is where our minds want the song to go.

But it’s the chorus of “Superior” and that C chord where things take off and give us the big surprise. After crowing in the verses that he is a perfectionist and superior, he admits, “I am terrified of what I might find / If I lose control of my very soul.” He does this while using one of the most heartachingly lovely chord progressions in modern music. It’s a switch from a major chord to an augmented chord, which again creates a great deal of tension. And if you haven’t noticed by now, tension is a key to creating good songs.

Instead of having a C-E-G like you normally do in a major chord, it’s arranged as C-E-G#—just one note off from that familiar tonic we all know and love. You want the music to continue to flow and get off of that G#, and Christensen acknowledges it, moving to an F major chord, which has an A. The logical place to go from G to G# is an A, and the tension is gone, but it’s left its mark.

Christensen repeats the same progression, and it creates even more anguish. As he goes back to the verses, it doesn’t feel like a minor-key song anymore, but the despair is there as he changes the lyrics from “All you need is me” (the superior version) to the more vulnerable “All I want is you.”

“Superior” builds in intensity, and an electric guitar joins the chorus before settling back into the acoustic realm. Christensen leaves us hanging with an F major 7, which begs to resolve to the C. It’s that pleading for resolution that is at the root of the song; he tries to hold up this facade of perfection but knows that he makes mistakes and needs love just like everyone else.