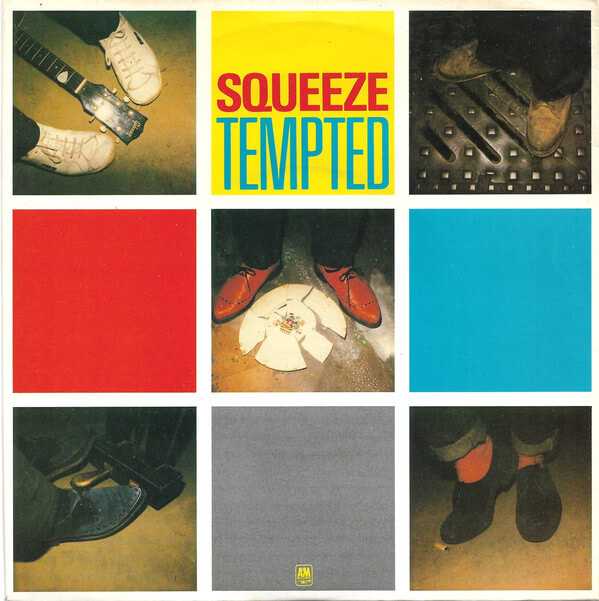 Squeeze’s “Tempted” reminds me of Lake Junaluska, N.C., a Methodist retreat center where I spent my first summer away from home. That was in 1988; I had just finished my first two years of college and was reluctantly ready to shove off from my sheltered home and begin fending for myself.

It was scary. I knew no one; I was homesick beyond belief. But slowly, somewhat awkwardly, I emerged from my shell, making friends and at times venturing out into the nearby metropolis of Waynesville, population 9,000.

Late one night I was riding around with my new friends when Susan Kennedy put a tape in the car’s cassette deck (Yes, a cassette, millennials – look it up) and began playing Squeeze’s 45s and Under. Even at the age of 19, I considered myself a music snob. I had read all the Rock Yearbooks, listened religiously to the UK Top 5 on Westwood One’s “Future Hits,” and now that my first two years of college were behind me, had been exposed to even more obscure music.

The fact that Squeeze had escaped my attention all these years, managing to release a greatest hits compilation six years earlier, embarrassed me to no end.

Their sound was reminiscent of the early days of New Wave, but it carried a certain wit and intelligence, with clever lyrics that made you feel as if the group knew something you didn’t. I was intrigued. But it’s what I heard on Track 10 that made me a lifelong fan.

An analysis of ‘Tempted’

“Tempted,” from Squeeze’s fourth album, East Side Story, is different from other Squeeze songs; it’s more soulful, less frenzied and contains only a few lines sung by their lead singer, Glenn Tilbrook. Most of the song is sung by rock journeyman Paul Carrack (Ace’s “How Long,” Mike + the Mechanics’ “The Living Years“), who joined the group for this one album, and possesses the greatest voice in popular music. His liquid vocals handle lyricist Chris Difford’s words flawlessly; only on occasion does he need help from Tilbrook (who possesses the second greatest voice in popular music) and Elvis Costello, who makes an appearance on the second verse.

The music to “Tempted” is seductive; it’s performed in the key of B – you know, the one with five sharps in it – and it’s a key that’s difficult to play even on guitar. According to the Hooktheory blog, about 3 percent of all popular songs analyzed were in the key of B. You may not be able to tell the key of B from the key of E flat, but your brain can. It makes the song a rarity, something special.

The intro has a descending bass line of B-A-G#-E (Think the Doobie Brothers’ “China Grove”), accompanied by a soulful keyboard. Usually the verse of a song mimics the intro, and “Tempted” almost does that. But Difford makes a slight change, going from B to A# instead of A (Think “Mr. Bojangles” or “Piano Man”). The result is a more melancholy sound, but Carrack’s melody goes up, giving the song more of a positive feeling. Difford’s lyrics (“I bought a toothbrush, some toothpaste, a flannel for my face”) are typical, whimsical fare for Squeeze, and they keep the song from becoming a depressing dirge.

After that, Tilbrook’s talent for melody takes over, with several twists on chord progressions, until the song returns to the intro for the now-familiar descending bass line.

This song is a staple of Gen X radio, soundtracks and karaoke bars everywhere, but the song never cracked the top 40, reaching No. 41 in the U.K. and No. 49 in the U.S. In fact, Squeeze only had two Top 40 hits in America; given the United States’ infatuation with British New Wave at the time, it’s shocking.

Here’s Squeeze’s classic that never became a hit. Listen for the differences in the bass line, Tilbrook and Costello singing on the second verse, and the addition of a piano in the third verse. And then attempt to get the song out of your head for the next 12 hours.