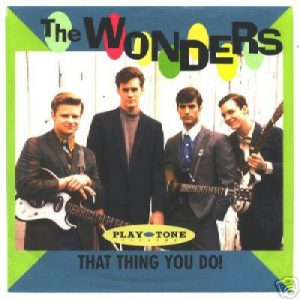 When I talk about pop music on this blog, I don’t mean popular music. I’m usually talking about  an almost outated style of music — music, as defined by AllMusic.com, as “based on memorable melodies, repeated sections . . .  and a tight, concise structure that keeps the listener’s focus on those elements.”

Those elements go back at least 50 years but were popularized by the Beatles, from which almost all popular music can be traced. They didn’t invent melody, harmony and song structure, but they perfected it.

But it is a dying genre. Those memorable chords, hummable melodies and cheery dispositions are generally relegated to indie pop and power pop artists who don’t sell many records.

But there is good music out there. It’s just a little harder to find.

I’ve analyzed my iTunes catalog, crossed off and re-added songs and hemmed and hawed for days before coming up with a list of 10 perfect pop songs.

These perfect pop songs are destined to make your foot tap, put a smile on your face and infect you with earworms that hopefully will never go away.

“Just Like Heaven” changed the Cure’s image as a dark, shoegazing Goth band. Bright and energetic, the song starts with simple bass and drums, and then slowly adds guitars, synthesizers and Robert Smith’s trademark yelp.

This song is reminiscent of the Beatles’ “Yesterday,” complete with a string quartet. The only things wrong with it are that it’s only 2 minutes and 34 seconds long, and it only peaked at #38 on the U.S. Top 40. That’s a crime.

Not to be confused with the Beach Boys’ song, this tune from the Candy Butchers’ 1996 live EP addresses only one girl from California, and it wasn’t covered by David Lee Roth. Sunny and cheerful, the song’s lyrics paint another picture, with verses like “The sun and surf are laughing at you” and “The golden days are gone; she’s cynical and true.” Mike Viola and Todd Foulsham do wonders with two-part harmony.

It’s a pity this song only made it to No. 36. Marshall Crenshaw sounds and looks like John Lennon on this lost gem, and the 1950s style production hearkens back to Buddy Holly. But for all its pastiche, it’s still a pop classic that stands on its on.

There are so many pop gems from the Nines, it’s hard to choose just one. This was one of their first “singles,” if indie pop artists can release singles. Steve Eggers has put out more than 15 albums of sensational material; “I Would Never,” from the Nines’ second album, is close to perfection.

If pop music were more — er, popular, this group would have been the next Beatles. Instead, lead singer Andy Sturmer is writing theme songs for children’s shows. Their first single, a mini-suite of wonderful chords and harmonies (not to mention an unforgettable video), didn’t even crack the Hot 100.

So many chord changes, you forget what key the song is in. Oh, yeah — there are tight harmonies, too. It’s spawned numerous covers, including ones by Amy Grant, Lazlo Bane and Swedish singer-songwriter David Myhr.

Instantly recognizable among power pop fans, this is a true one-hit wonder, if you call reaching No. 37 a hit. Tchaikovsky’s eponymous group hit the charts in 1979 and two years later ceased to exist. This is almost all we have left of them, and it’s so sweet to hear the harmonies in the chorus.

Christian Phillips is the best-kept secret in Wales — no, the U.K. He released an album in 2010 as The Sonic Executive Sessions, and it’s full of close harmonies and memorable melodies. This song is one of his best, and it’s a perfect lift-me-up when you’re feeling down.

Tom Hanks wanted a perfect, catchy pop song for his film of the same name. Adam Schlesinger answered the call and won the audition, meeting Hanks’ requirements perfectly. It is, without a doubt, the perfect pop song. NOTE: The voice on this song is none other than Mike Viola of the Candy Butchers (See No. 8 above).