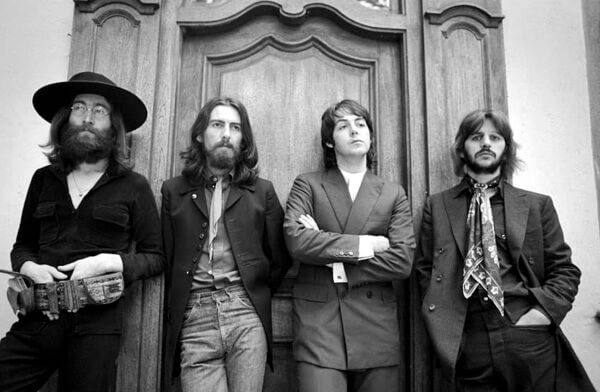 Fifty years ago today, the Beatles died. And they did it as only the Beatles would do it — in a spectacular mess.

On April 10, 1970, Paul McCartney released his first solo album, McCartney, to the press, which in and of itself wasn’t a big deal. Two other Beatles, John Lennon and George Harrison, had released side projects, as had Paul.

It was the way that he released this one — accompanied by a printed “self-interview.” Here is part of it:

Q: “Did you miss the other Beatles and George Martin? Was there a moment when you thought, ‘I wish Ringo were here for this break?'”

Q: “Assuming this is a very big hit album, will you do another?”

Q: “Are you planning a new album or single with the Beatles?”

Q: “Is this album a rest away from the Beatles or the start of a solo career?”

PAUL: “Time will tell. Being a solo album means it’s ‘the start of a solo career…’ and not being done with the Beatles means it’s just a rest. So it’s both.”

Q: “Is your break with the Beatles temporary or permanent, due to personal differences or musical ones?”

Q: “Do you foresee a time when Lennon-McCartney becomes an active songwriting partnership again?”

The interview — and the Beatles breakup — sent shock waves throughout the world. Upset fans gathered outside the offices at 3 Savile Row in London. In typical McCartney fashion, seeing that he might be seen as the cause of the breakup, said he didn’t really think that his self-interview as breaking up the Beatles; he simply answered questions aimed at him by Apple assistant Peter Brown. John said jokingly, “He didn’t quit. He was fired.” George’s close friends said, “George doesn’t want to talk about it. He just wants to be left alone.” And Ringo, poor Ringo, simply said, “This is all news to me.”

And with that, the Beatles were gone. The world’s greatest rock band – history’s greatest pop group – broke up in a snit that was to last years and pass through several British courtrooms and editions of the Daily Mail. Seven months later, Paul filed suit in the London high courts to dissolve the Beatles, and the bickering began. The four kept sniping at each other, keeping a reunion at bay. Sure, we got tantalizingly close to a reunion several times:

We have not seen the likes of the Beatles in 50 years, nor will we ever. In my argument that the Beatles are the greatest band ever, I cite some of the statistics they accumulated over the short eight years they were together:

But let’s put the statistics aside: Any boy band or Beyonce could equal sales records. It’s what they did as a band — and didn’t do as solo artists — that really made them special. Paul never wrote another “Hey Jude” after he left the Beatles, although he tried. Oh, did he try. John came close to “Strawberry Fields Forever” with “Imagine,” which really became bigger and better than it ever really was. George had success but never duplicated “Something.” Ringo wandered in the post-Beatles wilderness, finding success precious few times.

The sum was greater than the parts, which makes the Beatles’ breakup even more tragic. I’m sure they thought that eventually, they would reunite. John’s death at the hands of a crazed gunman put to rest any possibility of an actual reunion. A decade of feuding ended with no resolution, no shaking of hands, no retrospective.

But we came tantalizingly close 15 years later with the release of “Free as a Bird” and “Real Love,” two Lennon demos that were dressed up with contributions from the other three. It was a marvelous moment, and it gave us a glimpse of what we had missed over the last 25 years: John’s haunting voice, a new bridge and harmonizing by Paul, George’s signature slide guitar, and an amplified beat from Ringo.

And there really wasn’t anything more for the Beatles to prove; they had done it all. We as fans demanded new music from them, to hear something that was as good or even better than “Penny Lane” and “In My Life.” In my novel “The Death and Life of Mal Evans,” I recreate the 1970s as if the band never split up. They create three more masterpieces for us to enjoy. But the finality of it all — John and George dead, Paul and Ringo old men — shows us that time is linear and there is no going back. We have what we have, and that’s all we’re going to get.

2 thoughts on “The Beatles’ Breakup”