‘We Both Go Down Together’: Did the Decemberists Rip Off R.E.M.? 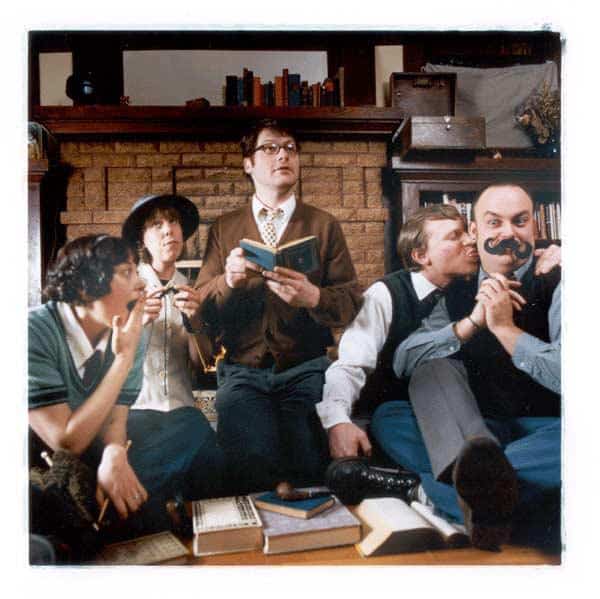 After listening to the Decemberists’ song “We Both Go Down Together,” I am left with one lingering question: Why didn’t R.E.M. sue the band for plagiarism?

The third cut from the album Picaresque, “We Both Go Down Together,” bears more than just a passing resemblance to “Losing My Religion.” It’s in the same minor key, has almost the same tempo, and features the same rhythm. Even the chord progression and melody during the verses are similar.  Not convinced? Check it out (R.E.M. first, followed by the Decemberists):

Hooks and Harmony · Losing – My – Religion – Down – Together – Online – Audio – Converter.com

Uncanny, ain’t it? Chalk one up to R.E.M. for letting it slide. Maybe it’s because they ripped off “Losing My Religion” themselves when they wrote “Bang and Blame” off 1994’s Monster. It’s the same song only with loud electric guitars instead of mandolins.

R.E.M. seems to be patient. I have already shown the similarities between U2’s “Levitate” and R.E.M.’s “Hope.”

Once again, the Decemberists are long on prose and short on melody and voice. The lyrics read like poetry:

I found you, a tattooed tramp
A dirty daughter from the labor camps
I laid you down on the grass of a clearing
You wept, but your soul was willing

The album from which “We Both Go Down Together” comes is Picaresque, and it’s about what you’d expect from the Decemberists: some bizarre cuts (“Infanta” begins with what sounds like an elephant trumpeting), a lot of minor key songs that plod along aimlessly, and two upbeat songs that are actually fun to listen to. Unfortunately, the least listenable cut on the album is eight minutes long.

Lead singer Colin Meloy has an annoying voice. And for someone from Montana, why does he sound British? I know — They’re quirky!

The Moviegoer Blog summed up reasons why the band members probably got beat up in high school:

This is a band that named their first EP 5 Songs and then, perversely, went ahead and put six songs on it; a band that has written rambling, showoffily erudite story-songs about 19th-century sailors, Shakespearean plays, rogue Irish paramilitary killers, Tom Courtenay movie characters, Spanish royalty, and Victorian “chimbley sweeps”; a band that has aggressively tasted the patience of listeners by recording numerous epic song suites, including the 18-minute mini-opera “The Tain,” based on a story from Celtic mythology; a band that couldn’t stick to a single normal time signature for more than two minutes if you held a gun to their heads; a band whose unabashed anglophilia can’t help but seem a little affected in a band from Portland, Oregon.

That about says it all.