‘The Joshua Tree’ as a Double Album

Playing God: Recreating U2 in their Prime 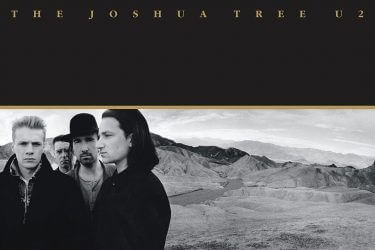 One little-known fact about U2’s groundbreaking album, The Joshua Tree,  is that if Bono had had his way, it would have been a double album. The Edge told Hot Press magazine that there was enough material for a double album, but Bono wanted it to be more bluesy, while the Edge wanted to “pull it back.”

There was a compromise, of course, with elements of both U2’s old sound and its new American sound filling the album, but the compromise – a single album – meant that there were plenty of B-sides. Most of U2’s singles from this album were almost EPs in and of themselves.

But that hasn’t stopped U2 fans from playing “What if?” and creating their own double album from all the leftover tracks, even trying to interpret the band’s comments on those B-sides. For instance, Bono argued that “the album is almost incomplete. ‘With or Without You’ doesn’t really make sense without [B-sides] ‘Walk to the Water’ or ‘Luminous Times’. And ‘Trip Through Your Wires’ doesn’t make that much sense without ‘Sweetest Thing.'”

For the running order, I’ve followed some of the advice offered at the U2 fanatic forum interference.com.  There is a mini-suite dedicated to love and obsession on Side 1; “Walk to the Water” references the thrill of finding a new lover; “Luminous Times (Hold on to Love)” is about the doubt and desperation that slips in during the difficult time in a relationship. “With or Without You,” their monster smash, now takes on a bleaker tone when Bono exclaims “I can’t live with or without you.” “Spanish Eyes”? Someone new has caught Bono’s eye.

This playlist follows the age-old maxim of “Twice as much of a good thing is twice as better.” Sometimes that’s a good thing (More beer!), and sometimes it can be overkill (More wasabi!). I’ve taken almost all the B-sides and unreleased material from The Joshua Tree sessions and put on one album. Hell, I even put “Trip through Your Wires” on there.  If you loved the original, you’ll probably love this; if you felt Bono was becoming a bit overbearing at this point, you may want to pass.

Listen to The Joshua Tree Double Album on Spotify