‘The Last Beat of My Heart’ – Siouxsie and the Banshees 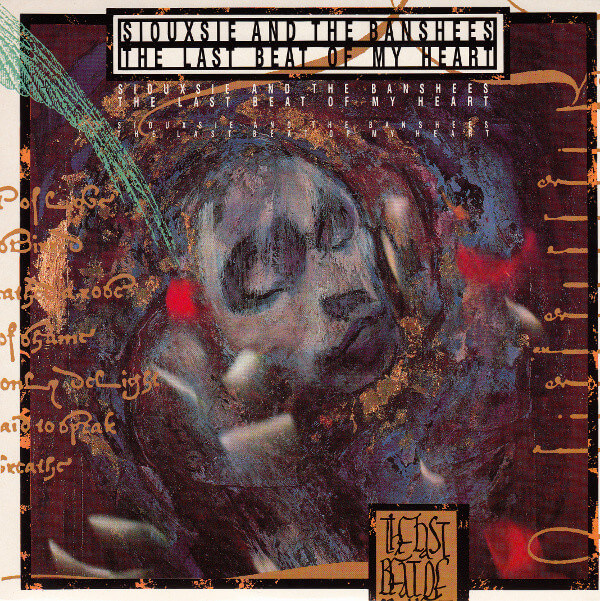 For most of their career, Siouxsie and the Banshees were known as a punk/post-punk/Goth band who, despite, their small niche, managed to survive into the 1990s. They were dark, moody, sometimes angry, with lead singer Siouxsie Sioux wailing away, much to the delight of Goths everywhere.

1988’s Peepshow was their breakthrough album. It reached No. 68 on Billboard’s Top 200 – their highest to date – and “Peek-A-Boo” was their highest charting single, reaching No. 53.

“The Last Beat of My Heart” was the third single from the album. It stayed true to the group’s dark, spooky side, but this song was simply beautiful.

The song, which is in 6/8 time, begins with a timpani – timpani! – making a rolling rhythm not unlike a racing heartbeat. It’s joined by an accordion – accordion? – playing a droning C major chord. When Siouxsie begins the first verse, an ominous bass line fills out the bottom. Siouxsie is a little off-key in places, but her voice is soft, feminine and sometimes vulnerable.

“The Lasat Beat of My Heart” continues, with the accordion providing harmonies to Siouxie’s melody, until a touch of violins playing suspended fourths leading to the C major chord add tension and fill out the song. The strings are a masterful touch; it’s almost orchestral, with the timpanis still beating away.

Siouxsie’s voice sounds haunting at times as it echoes throughout the song, but it holds a deep longing as Siouxsie sings, “Here and now, long and loud / My heart cries out.”

Very little changes throughout the song. Its consistency, like a heartbeat, is comforting: Timpani, accordion, strings, and Siouxsie’s lilting voice. As she ends the song, crying, “Till the last beat / Till the last fleeting beat of my heart,” the accordion takes center stage, playing arpeggios of both a suspended second and fourth – extra tension all around the third — and then easing into the C major arpeggio. Lather, rinse repeat, as Siouxsie’s voice echoes into the background, until the song ends abruptly on the C chord. It makes you long for the violins and accordion again.

“The Last Beat of My Heart” has been the centerpiece of my autumn playlist for years now. It signals the foreboding of winter, but tells us of the relief and beauty that fall brings. I only listen to it in October, so it will always remind me of the changing leaves and chill that comes with the changing of the season.