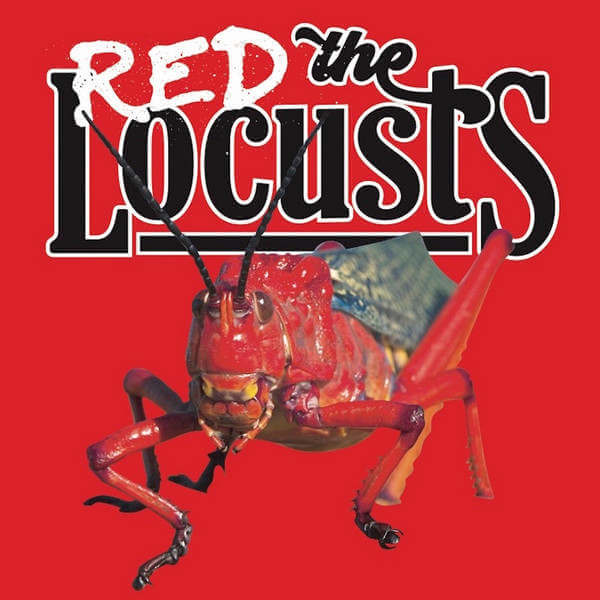 I had no idea Rick Springfield was such a Beatles fan.

Granted, 1981’s “Jessie’s Girl” is a power-pop classic, but some of his other hits were poor imitations. After “Bop ‘Til You Drop” I gave up on him. His last Top 40 hit was in 1988, but that hasn’t stopped the singer/actor, now 71, from recording new music and acting over the past 30 years.

Springfield’s latest project is a bit of a mystery. He denies any participation (wink, wink) in a band called the Red Locusts (Locusts? Beetles? Beatles?), whose eponymous debut is an ode to the Beatles and power pop bands of the 1980s and 1990s. So far, Springfield fans have revealed the identities of three of the five band members, who hide behind pseudonyms:

The identities of Duncan Sweets (keyboards) and Beau Weevil (guitar) are as yet unknown. Hmmm…

From beginning to end, The Red Locusts is full of unforgettable melodies, key changes and chiming guitars that bring the Fab Four to mind in almost every song. The opening track, “Under the Rainbow,” begins with Beach Boys harmonies until it launches into a wonderful melody reminiscent of Semisonic’s “Closing Time.” “Another Bad Day for Cupid,” one of the singles from the album, brings to mind Marshall Crenshaw and the Wonders and is a perfect pop song.

At times the Beatles references are just noticeable – a familiar chord progression, three-part harmonies — but on “Miss Daisy Hawkins,” Springfield and Bissonette — ahem, Ramone and Skuffleton — let out all the stops. With stringed instruments and a minor key, it is a tribute to “Eleanor Rigby.” (“Miss Daisy Hawkins” was the original subject of “Eleanor Rigby” and could have been the name of the song had McCartney stuck with it.) Springfield references “kaleidoscope eyes,” Father McKenzie, Lucy and “the fool on the hill.”

“Honestly” is a jaunty number that brings to mind McCartney’s contribution to “A Day in the Life” and ELO’s “Mr. Blue Sky.” And they pull out all the stops on “Love Is Going to Save the Day,” which features a harpsichord, brass, handclaps and sugary sweet harmonies. And at the end of 10 songs and 40 minutes of sheer bliss, you hit “repeat” and start it all over again.

The Red Locusts was first released in March as a limited edition LP in clear red vinyl, with only 900 in distribution. Since then, it’s been made available to the masses, released as a CD, audio cassette and MP3 download. Let’s hope the Red Locusts — whoever they are! — continue with their love affair with power pop and give us more melodic goodness.