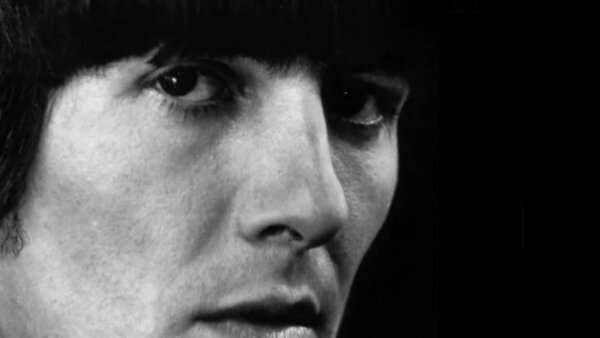 For a few years, George Harrison was in the zone. He was the utility baseball player who suddenly had a breakout season, marveling in his newfound skills, gaining the admiration of fans worldwide, yet wondering how long the success would last.

Harrison, the youngest Beatle, had hidden in the shadows of John Lennon and Paul McCartney for half a decade, rarely getting a chance to showcase his writing skills. For most of the Beatles’ albums, he was allotted just one song per disc. But just as the group began breaking up, he came into form. His two songs on 1969’s Abbey Road, “Something” and “Here Comes the Sun,” were arguably the best tracks on the album.

And the magic continued after the Beatles broke up. Harrison had so much material he had saved up, Most of which had been rejected by Lennon and McCartney during the recordings of the last few Beatles albums, that one record wasn’t enough to fill it. Or two.

A Triple for George Harrison

1970’s triple album, All Things Must Pass, was the musical equivalent of War and Peace — sweeping, majestic and epic in its scope. He recruited help from Bob Dylan, Eric Clapton, Dave Mason, Peter Frampton, Billy Preston, Badfinger and even Lennon and Ringo Starr. It was a mix of folk, rock and pop, heavily overdone by Phil Spector’s brass-laden production. Critics lavished praise over the album, and its signature hit, “My Sweet Lord,” became an instant classic. “My Sweet Lord,” the first single from the album, went to No. 1 in

It was then that the wheels began coming off. It started with the musical equivalent of using pine tar on your bat or testing positive for steroids. Six weeks after the release of “My Sweet Lord,” Bright Tunes Music, which owned the rights to The Chiffons’ 1963 hit “He’s So Fine,” filed suit against Harrison, claiming copyright infringement. The suit lingered in courts for years, but eventually a judge found that Harrison had indeed “subconsciously plagiarized” the Chiffons’ song.

George Harrison always claimed that he did not use “He’s so Fine” when writing “My Sweet Lord,” but after the lawsuit was filed and the similarities made known, it seems as if he felt snakebitten. If such a thing as subconscious plagiarism existed, then who knows what really inspires a tune? How did he know that a tune he had written wasn’t inspired by a distant memory of some snippet of a song he had heard?”

“It’s difficult to just start writing again after you’ve been through that,” he told Rolling Stone. “Even now when I put the radio on, every tune I hear sounds like something else.”

Thus the batting slump began, the magic quickly vanishing. 1973’s Living in the Material World featured the No.1 single “Give Me Love (Give Me Peace on Earth),” but his songs were becoming too preachy, with titles such as “The Light That Has Lighted the World” and “Be Here Now” giving away his involvement with Hinduism. His interest in the religion had grown into an obsession; he lost interest in his wife, Patti, eventually losing her to his friend Eric Clapton. Hare Krishnas accompanied him everywhere and even took up residence with him at Friar Park.

Failure after failure soon followed: 1974’s Dark Horse (and the disastrous North American tour that followed), 1975’s Extra Texture (Read All About It), 1975’s Thirty Three and 1/3, a greatest hits album that flopped and a self-titled album. During that time, he didn’t have a single Top 10 hit in the U.S., only a few Top 20 singles. It took Lennon’s death in 1980 to break him out of his slump; he rewrote a song he had done originally for Starr, changing the lyrics to reflect his admiration for his late friend in the Top 10 hit, “All Those Years Ago.” It was Beatlesque in nature, with diminished chords and a series of minor chords that brought the Fab Four immediately to mind. 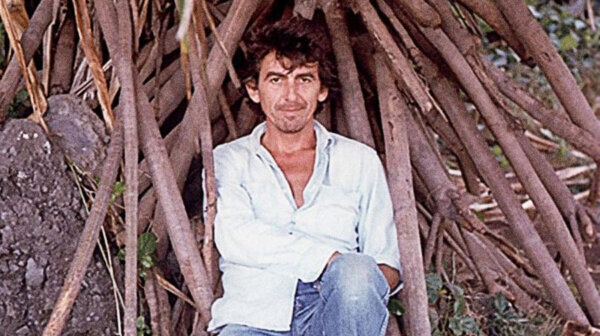 Five years passed before he would see the Top 10 again. 1986’s Cloud Nine spawned two Top 40 hits, “Got My Mind Set On You” and “When We Was Fab,” the latter of which was co-written with Jeff Lynne from Electric Light Orchestra. He and Lynne joined forces with Tom Petty, Bob Dylan and Roy Orbison to form the Traveling Wilburys; “Handle With Care,” a song written mainly by Harrison, went to No. 3 in the U.S.

His last album, Brainwashed, was released almost a year after his death from cancer.

Harrison always seemed reluctant to talk about the Beatles, much less be an ex-Beatle. His discomfort during the filming of 1995’s Anthology was evident; securing the group’s legacy was not a priority for him, especially if it benefitted Paul McCartney, whom Harrison still regarded as overbearing.

In the 1970s, in the middle of his creative nadir, he took up filmmaking, producing such gems as Monty Python’s Life of Brian and Time Bandits. It’s as if the Beatles’ success reminded him of his failures, and he wanted to do anything that would not remind people — and himself — of that. He flourished in the company of his bandmates, but struggled without them.