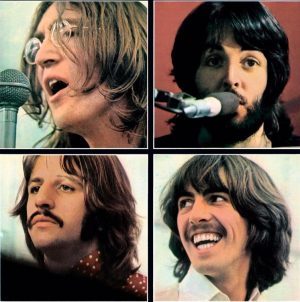 When Paul McCartney announced in April 1970 that he was leaving the Beatles, it took a while for the reality to sink in, not only for fans, but for the group as well. “I woke up and didn’t have a job anymore! Oh Jesus! No band. What do I do?” McCartney said. “I’ve got to work out something for myself now.”

One reason the Beatles released such solid albums during the 1960s was the collaboration and contributions of Lennon, McCartney and Harrison. Competition forced them to submit quality songs to the albums, and the four only chose the best of the best. Each member would offer suggestions to make the songs better.

After 1970, though, it was different. Instead of four musicians pooling their best work onto one album, each artist was forced to write more than they ever had. Tracks that would have fallen by the wayside on any Beatles album were now needed to fill solo albums. And the four’s weaknesses became more apparent when they went their separate ways.

The result? Disjointed, watered-down albums full of promise and disappointment. Producer George Martin once said in an interview, “”I think the four of them are greater than the individuals and obviously each individual album that has been produced is good because they’re all very talented people, but I still don’t think they’re as great as they were when they were Beatles together.”

Over the next few posts, I’ll examine each Beatle’s solo career and explore how well they were able to continue on their own – free to explore new sounds, yet still trying to equal or better their previous achievements…and their former bandmates. Each memorable single reminded us of their greatness; each failure made us yearn for the good old days.