The 5 Most Influential Artists of the 1990s

We’d like to forget much of the 1990s (Creed, anyone?). But more than 20 years now removed from the last years of the millennium, we’re able to take a look back and see the most influential artists of the 1990s that, for good or bad, are still shaping today’s music:

Possibly the most revolutionary group to come around since the Sex Pistols. Nirvana blew everyone away in 1991 with “Smells Like Teen Spirit.” And good or bad, bands like Nickelback are still following their lead. With Nirvana, punk rock had finally become popular, only instead of T-shirts and Mohawks, their new spokesmen wore flannel and long hair. They are revered now as the Fathers of Alternative Rock, and drummer Dave Grohl’s band Foo Fighters is still going strong. Cobain’s suicide has only added to the group’s legendary status. 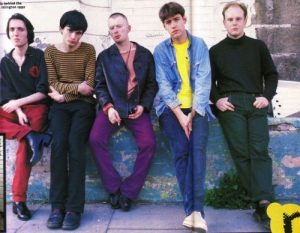 This group started at good and continued to get better. When they didn’t get better (Amnesiac, In Rainbows) they still pushed the envelope, constantly changing their sound and never standing pat.

As a result, they are the darlings of rock critics, and their early albums in the 1990s (The Bends and OK Computer) took alternative music to a more respectable level and are among the decade’s best. It’s a little early to see what their lasting influence will be, but my guess is it can only be good.

Sadly, he has had a huge influence on today’s music. He took what groups such as Run-DMC and Public Enemy had started and added his own violent, misogynistic spin on it. The result was West Coast rap, which has turned the genre in a completely different direction, taken popular music by storm, killed several hip-hop stars and exposed millions of kids to the N word, the F word and many other words and concepts that I didn’t learn until high school. I don’t understand why it happened, but it did, and Dre is the cause.

Another one of the most influential artists of the 1990s that isn’t necessarily good, the Backstreet Boys popularized the trend of marketing the concept of a band instead of the music — techniques first tried by New Edition and New Kids on the Block. Hand-picked for their looks and sex appeal, these boys sold millions of records (and teen pinup magazines) based solely on their image. *NSYNC, 98 Degrees and even Britney Spears and Miley Cyrus are the result of this strategy.

Well, I’m not crazy about this choice either, but you can’t argue with his success. Before Garth, country was relegated to honky-tonk bars and rural areas. After Garth, country artists were consistently selling millions of albums and hitting the top of the pop album charts. The music has changed slightly — a little more accessible and much more polished — but now there’s an emphasis on formula and image instead of real roots-oriented music. You have to admit, though: The stars are much prettier.

Stephen Malkmus has not sold a lot of records, but most indie artists have followed his do-it-yourself, lo-fi approach to making records. Pavement’s determination to be successful without the major labels has been an inspiration to lots of startup bands. “Over the span of five albums and nine EPs, Pavement became a decade-defining band, widely regarded as essential and game changing,” wrote Chuck Kosterman.

Omissions: Celine Dion, Mariah Carey. They’ve sold an obscene amount of records. But they aren’t among the most influential artists of the 1990s. In fact, they make my tummy hurt.