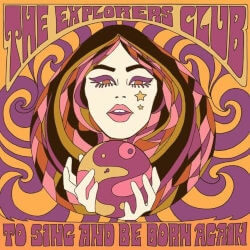 To Sing and Be Born Again:

Jason Brewer was born in the wrong era. His heart and his musical preferences belong in the mid-1960s, when music was all sunshine, brightness and innocence—when the Lovin’ Spoonful asked if you believed in magic, the Left Banke assured us that she may call you up tonight, and the Turtles were all happy together.

It was a time in which the Vietnam War was beginning to escalate, and although some groups went political with protest songs and impassioned ballads encouraging peace, others tried to keep the sunshine going, especially the Beach Boys, who from the outset told tales of surfing, first loves and growing up. It’s been said that the worst in American history can bring out the best in music.

Brewer and his project the Explorers Club have been channeling that sound for the past 12 years, beginning with the Beach Boys-inspired Freedom Wind in 2008. He even toured with his Beach Boys tribute band, Sail On, reaching deep into the group’s catalog to delight fans all over the country with their spot-on delivery.

So why shouldn’t his next two projects—yes, two—be an homage to that sunshine pop of the mid- to late-1960s? Brewer has released on album of covers and a self-titled album of original material that both bring to mind that often-forgotten era of music. 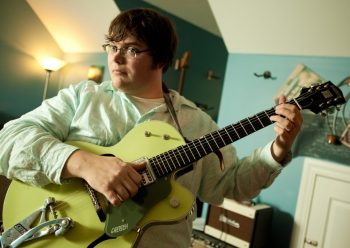 The covers album, called To Sing and Be Born Again, begins with Boyce & Hart’s Top 10 hit from 1968, “I Wonder What She’s Doing Tonight.” The song is energetic and reminds us that the sixties weren’t all peace songs and flowers. There are several wink-wink “friendship” references in the song, when Boyce & Hart proclaim, “If I had told her that I loved her / She would have stayed til who knows when/ but I guess she couldn’t understand it when I said I wanna be your friend.” It’s a pop standard that many don’t know about.

There are many forgotten gems on this album—some, like Orpheus’ “Can’t Find the Time,” only made it to the bottom part of the Hot 100 and were unearthed by Brewer, who seems to have an encyclopedic knowledge of the songs of the era.

Brewer has done an excellent job of being true to the sounds of the originals, recreating them with great care and not “making them his own,” as so many people do in the process of ruining a cover song. He worships these songs, and like a museum curator, he takes pride in preserving these jewels. 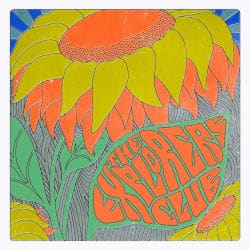 The Explorers Club continues the feel of To Sing and Be Born Again, with Brewer giving a shot at creating his own homage to the era. He channels us back to that time with songs that sound like instant classics; the opener, “Ruby,” begins with a simple staccatoed piano chords accented with drums by Matt Goldman (who also produced the albums) until Goldman plays a cadence not unlike the one on the Turtles’ “Happy Together” before bursting into a joyful chorus.

The whole album is touched with flourishes of brass and strings, lending a baroque pop sound to the album. “Mystery” is a moving song with a beautiful chorus. “It’s Me” brings to mind the sounds of Burt Bacharach and Hal David. And “Look to the Horizon” begins with the now-familiar brass section and features breathtaking harmonies.

It takes a few listenings to get through the album of originals, perhaps because it’s not laser-focused on the Beach Boys as their previous albums were. In essence, this is a companion piece to Brewer’s album of covers, and Brewer explores (no pun intended) the Brill Building sound invented by Bacharach/David, Boyce/Hart and Mann/Weil. It’s a unifying theme, but the theme crosses many genres and sounds, and you have to take it all in by listening to each song individually, appreciating the nuances and touches that Brewer has constructed.

Jason Brewer is one of the most talented singer-songwriters to come out of the underground pop movement and holds his place well in lifting up the happy, shiny sounds of the 1960s. And he probably has another idea or two floating around in his head right now. We can’t wait to hear them.

Buy To Sing and Be Born Again (covers)