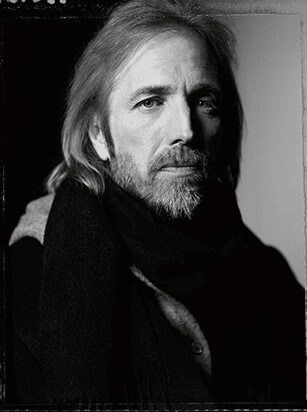 And another one is gone.

We have to come to the realization that the old bastion of rock and roll is indeed becoming old, but it seems we are losing too many icons over the last two years. Tom Petty, he of the loyal backing band the Heartbreakers, was only 66 – far too young, and his mark on rock music is sorely underrated.

Petty started in the late 1970s as punk rock began to stomp on the aging sound of 70s music, but critics quickly noted that he didn’t throw away all of the nuances of rock music that punk threatened to do. Petty infused country, blues and new wave into his music, creating a purely American sound that, along with Bruce Springsteen, carried the limping U.S. rock music scene through the 1980s.

He wasn’t blessed with a good voice – think Bob Dylan on key, or a more nasal Roger McGuinn of the Byrds. But what he lacked in vocal purity, he made up for in emotional intensity and raw energy. His greater-known hits – “Refugee,” “Stop Draggin’ My Heart Around” (with Stevie Nicks) and “Free Fallin'” were pure rock that rang with fire and life.

But that was only part of his repertoire. Petty possessed a knack for melody; 1977’s “American Girl” was a power pop anthem, with jangling guitars and a memorable chorus. As he grew older, this penchant made itself more apparent, with “King’s Highway,” the sparse “Don’t Come Around Here No More,” the piano-driven “Walls – Circus” and the modern Christmas classic “Christmas All Over Again” which sounded like a lost George Harrison single.

What was amazing about Tom Petty’s career was how consistent it was, from the stability of the Heartbreakers’ lineup to his ability to continue to hit the top of the charts; his 2014 release Hypnotic Eye debuted at No. 1, the first Heartbreakers album to reach that position.

I will be the first to confess that I don’t know all of Petty’s albums. But as I continue to listen to his back catalog, my respect for the man grows, and my heart breaks a little more knowing we have lost him and his music. Rest in peace.

I leave you with a moving tribute to Tom Petty – a Spotify playlist by fellow musician Brandon Schott that outlines some of the best music Petty ever wrote.