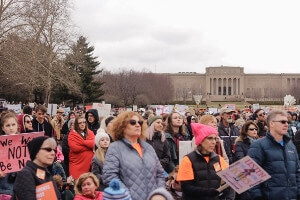 Barely Awake In Frog Pajamas inspired this post after I wrote about the music played during the Democratic convention this year. You see, there are certain songs that are played over and over at campaign events. As a former political operative, I actually made a playlist of songs once to keep the crowd exuberant.

But there are some songs that are played just way too much. It’s almost like a drinking game – it just ain’t a political rally without hearing them: